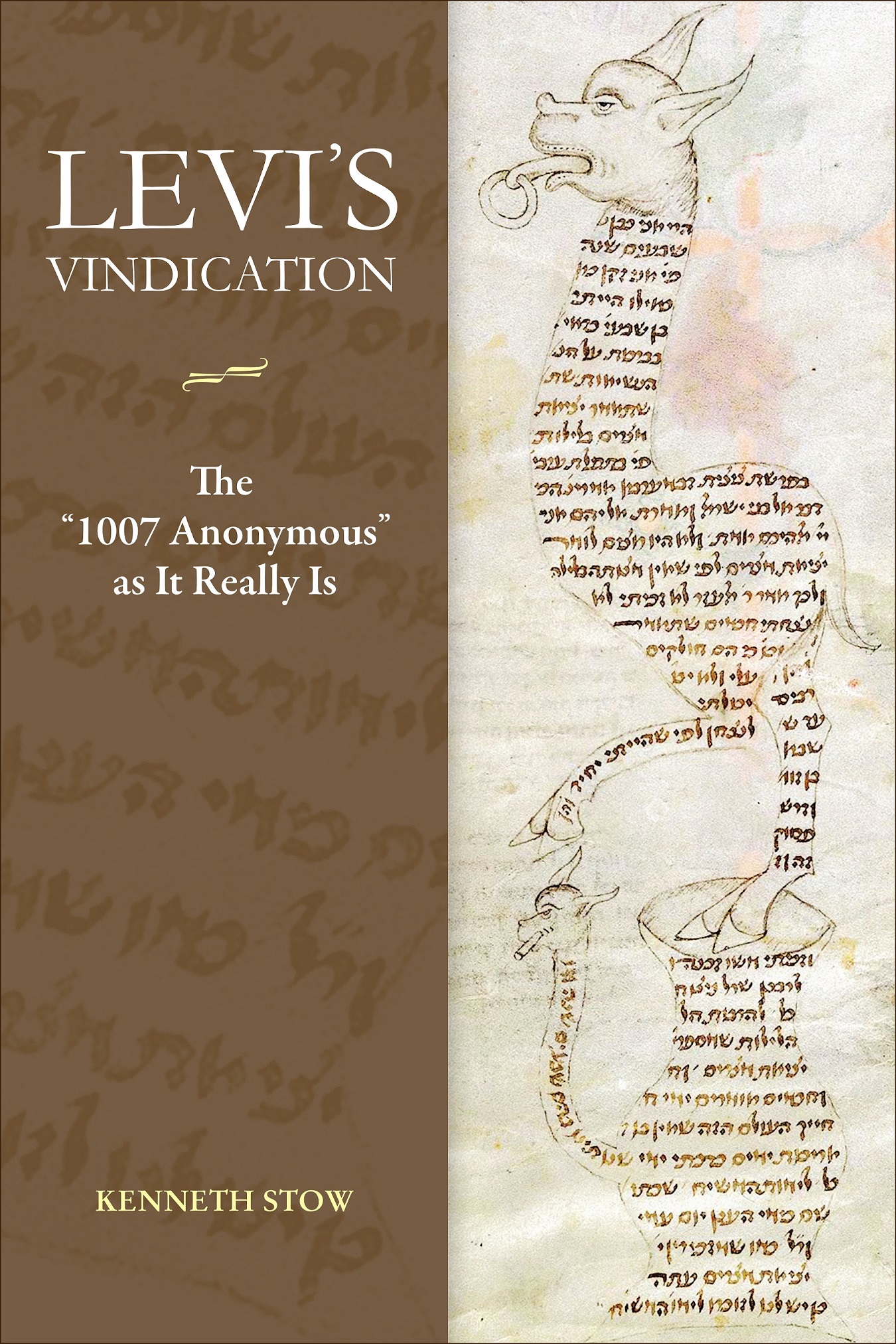 The “1007 Anonymous,” an imaginative, brief text composed in the third or early fourth decade of the thirteenth century, illustrates the proper relations between Jews and their lay rulers and the pope.

The “1007 Anonymous,” an imaginative, brief text composed in the third or early fourth decade of the thirteenth century, illustrates the proper relations between Jews and their lay rulers and the pope. The pope, consistent in applying laws that both restricted and protected Jews, is seen as a just ruler. Kings and dukes, by contrast, were inconsistent and capricious, threatening Jewish life.

This message had to be conveyed indirectly, and the “1007’s” vehicle for doing so was a fictional story of murderous attack and forced conversion known as “The Terrible Event of the Year 1007.” Yet, by examining the details of this story—which include a direct borrowing from The Quest of the Grail composed in 1221, and a reference to coinage that could only have been made during the early thirteenth century—the actual time—and the purpose—of the 1007’s composition is revealed.

Claims that the veracity of the story and the actuality of the supposed massacre are demonstrated thorough a comparison with the chronicles of Raoul Glaber and Ademar of Chabannes are shown to be incorrect, as part of Stow’s larger discussion of the correct approach to reading medieval Hebrew texts. Students of the 1007 have in fact inverted the order, using the 1007 to give credence to the fantasies of the two Christian writers.

That the 1007 was not substantiable by such comparisons was demonstrated by the great French scholar Israel Levi at the turn of the twentieth century. No one, however, paid him heed—regrettably, for he was absolutely correct. Appropriately, this book is titled Levi’s Vindication.

Kenneth R. Stow is professor of Jewish History at University of Haifa, Israel. He is the author of numerous books, including Catholic Thought and Papal Jewry Policy 1555 –1593, and Alienated Minority: The Jews of Medieval Latin Europe.