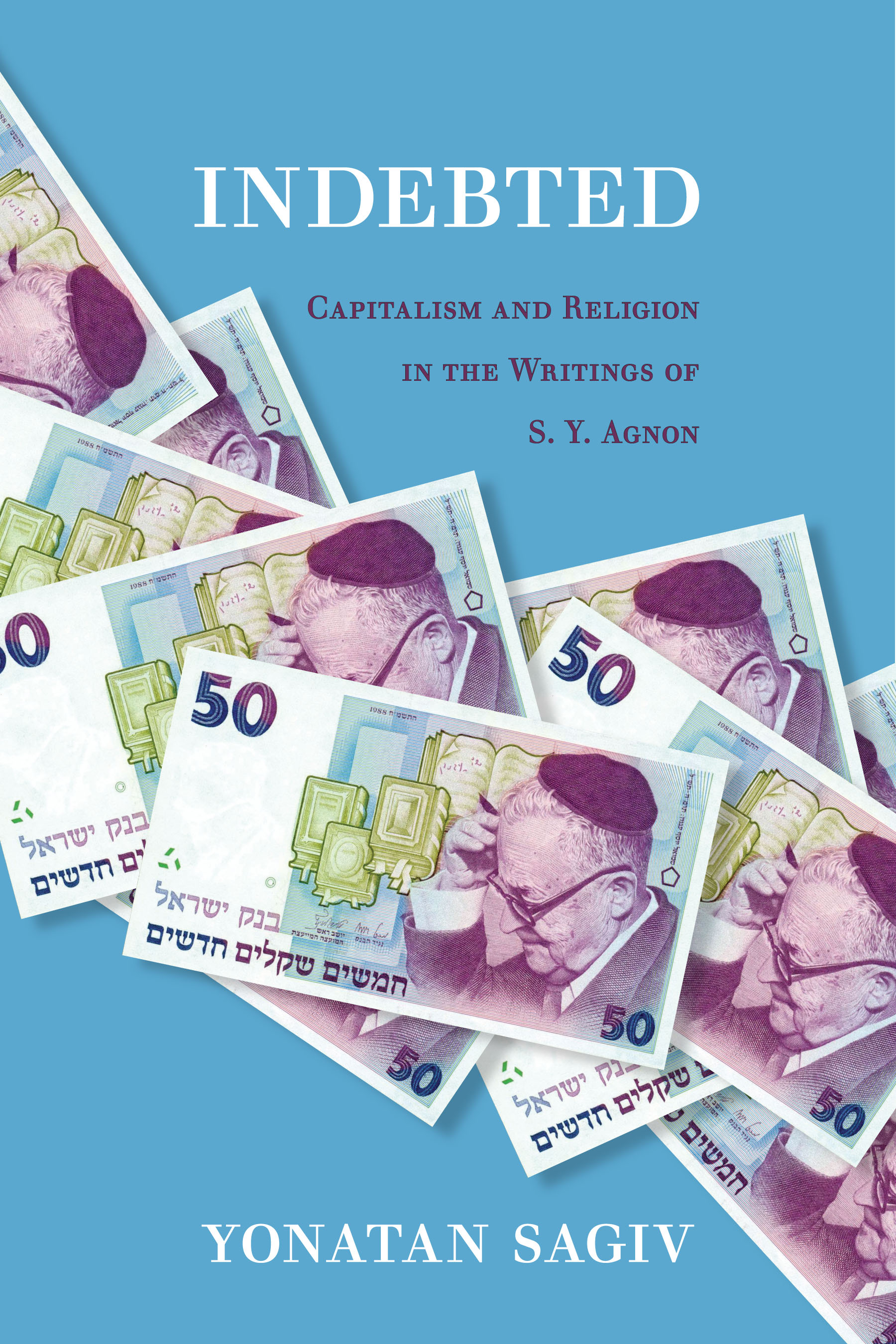 Indebted: Capitalism and Religion in the Writings of S. Y. Agnon is the first book to examine the oeuvre of Shmuel Yosef Agnon, 1966 Nobel laureate in literature, through a reading that combines perspectives from economic theory, semiotics, psychoanalysis, narrative theory, and Jewish and religious studies. Sagiv outlines the vital role economy plays in the construction of religion, subjectivity, language, and thought in Agnon’s work, and, accordingly, explores his literary use of images of debt, money, and economy to examine how these themes illuminate other focal points in the canonical author’s work, excavating the economic infrastructure of discourses that are commonly considered to reside beyond the economic sphere.

Sagiv’s analysis of Agnon’s work, renowned for its paradoxical articulation of the impact of modernity on traditional Jewish society, exposes an overarching distrust regarding the sustainability of any economic structure. The concrete and symbolic economies surveyed in this project—monetary, divine, semiotic, libidinal and literary—are prone to cyclical crises. Under what Sagiv terms Agnon’s “law of permanent debt,” the stability and profitability of economies are always temporary. Agnon’s literary economy, transgressing traditional closures, together with his profound irony, make it impossible to determine if these economic crises are indeed the product of the break with tradition, or, alternatively, if this theodicy is but a fantasy, marking permanent debt as the inherent economic infrastructure of human existence.

Many of the author’s narrators and characters, be they more or less religious, distrust money. Unlike romantic ideas of art’s transcendence, the monetary sign does not enable one to entertain thoughts of an ideal truth. Georg Simmel’s famous description of “the metaphysical quality of money” elucidates the moment when money transforms from a means to an end in an all-pervasive monetary economy, thereby establishing a world of radical exchangeability. As such, money, as “exchangeability personified,” dictates a world devoid of eternal and intrinsic values. Sagiv argues that this is precisely what troubles Agnon, both as a religious thinker and as a modern writer.

Yonatan Sagiv is a post-doctoral Fellow of the Israel Institute at SOAS, University of London. His main research interest is the relationship between modern Hebrew literature and Jewish and Israeli economic history. His first novel, Your Secret’s Safe with Me [Hebrew], was published in December, 2014, by Keter Publishing.