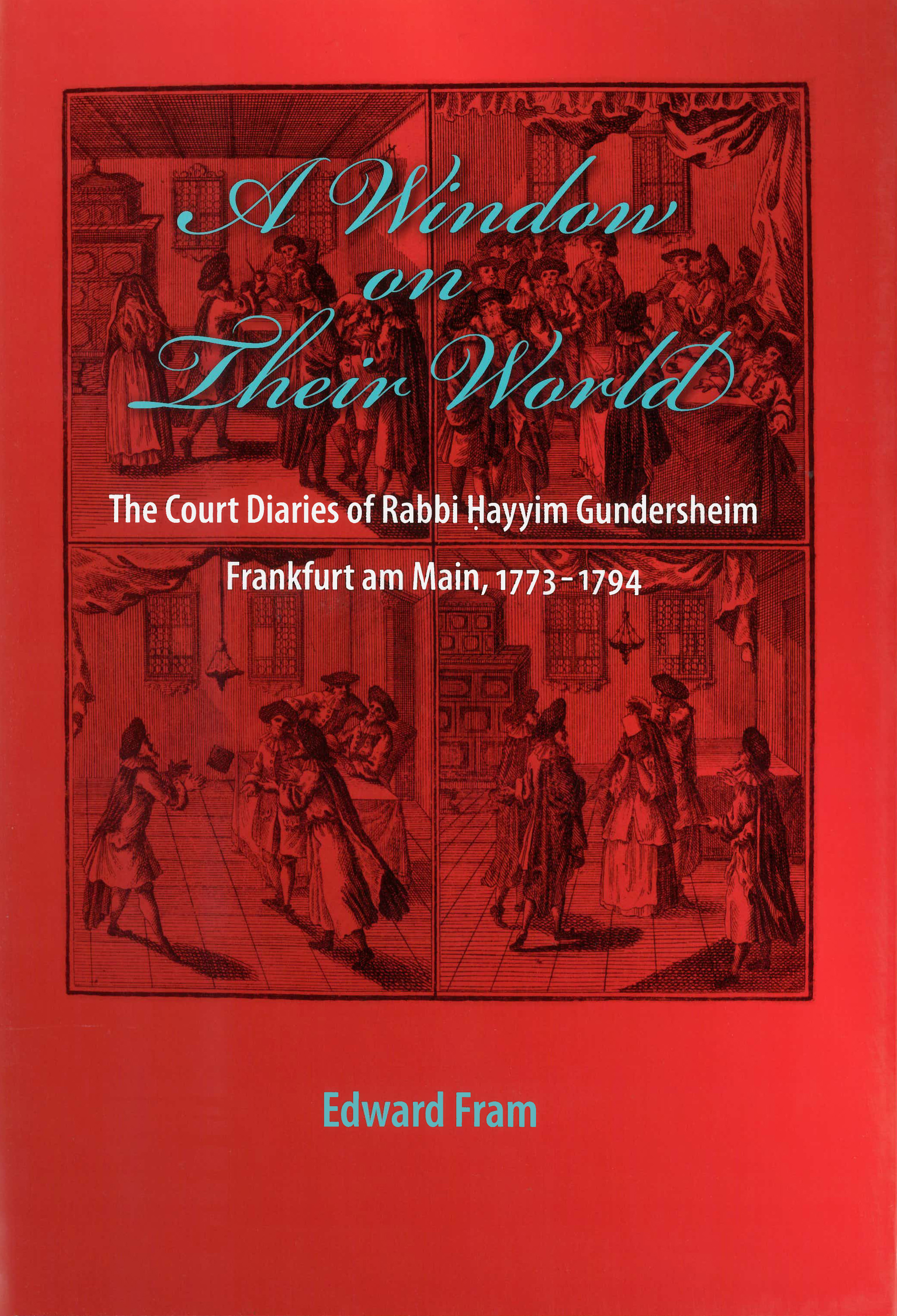 From a manuscript that was lost for more than half a century comes new information about one of the greatest Jewish communities of all time. The court diaries of Rabbi Hayyim Gundersheim (d. 1795), a member of the rabbinic court of late eighteenth-century Frankfurt, sheds light on daily life in the Judengasse (“Jewish lane”), home to over 3,000 people, including Meyer Amschel Rothschild, founder of the famous banking family. Familial quarrels, squabbles between neighbors, legal proceedings over business deals gone sour, real estate transactions, and other disputes brought before the rabbinic court offer a window onto the world of daily life in the Frankfurt Jewish community during the waning years of the city’s ghetto.

Rabbi Gundersheim’s court diaries are more than just a prism through which to view daily life. A Window on Their World provides a transcription of over 200 cases that were brought before the rabbinic court between 1773 and 1794. Readers now have access to records that reveal not just the workings of the Jewish community but also the place of Jewish tradition in the culture.

The transcription of each case in the original Hebrew is accompanied by an English language summary. Edward Fram has also prepared comprehensive indices of the names of all individuals mentioned in the court diaries as well as a glossary of non-Hebrew terms. Pertinent documents from the Frankfurt pinqas, or community record book, have also been provided in order to give readers a more complete picture. Fram’s introduction to the diary includes a biographical background, an outline of Jewish legal autonomy in the early modern period, and a discussion of the importance of court documents as legal and historical sources. The volume is an indispensible source for anyone interested in European Jewish culture on the eve of the Enlightenment.

Fram has prepared an outstanding scholarly volume that will add a great deal of depth to the study of early modern Jewish communities. – Dean Phillip Bell, Spertus College