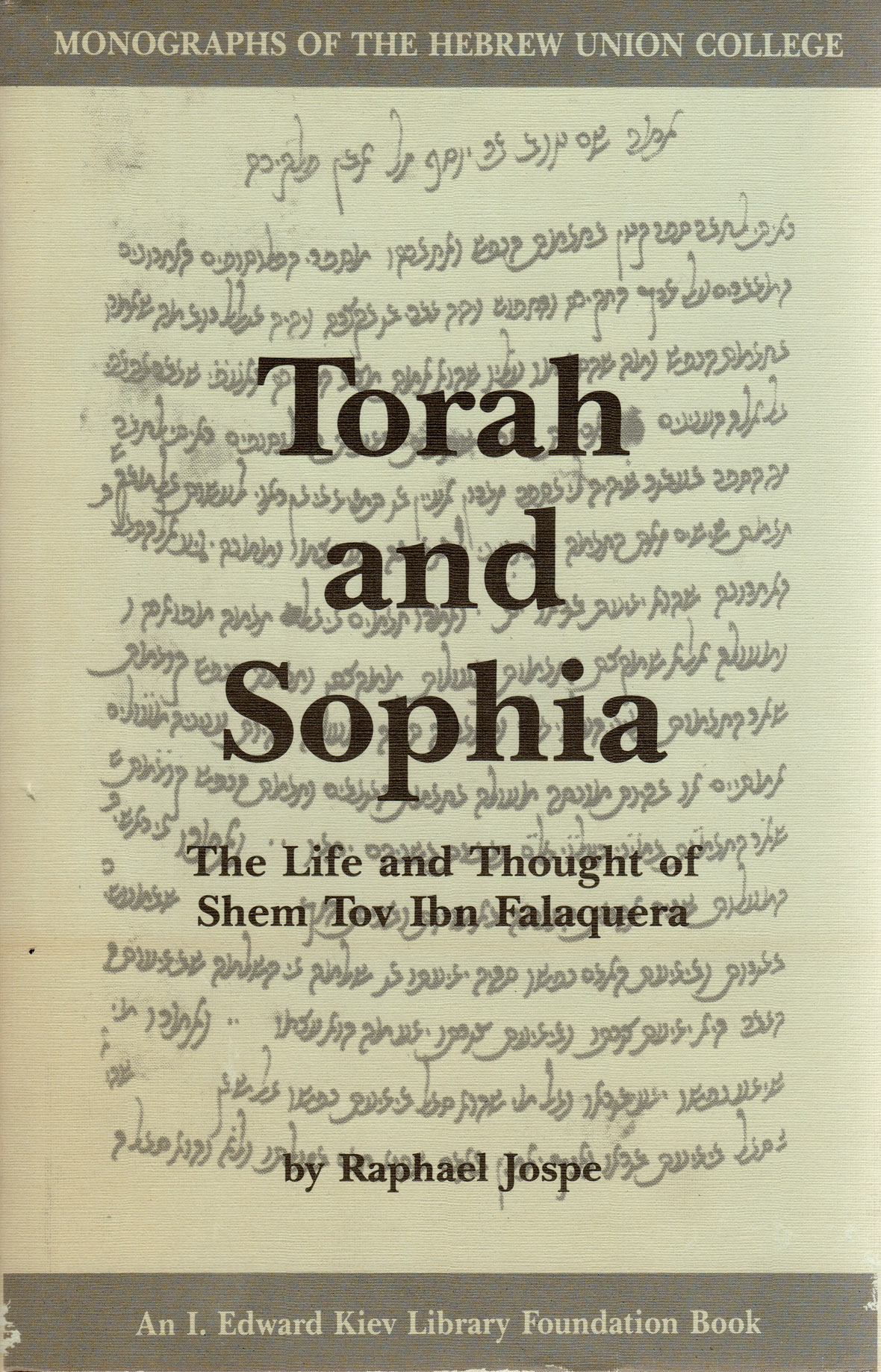 Monographs of the Hebrew Union College 11

The century following the death of Maimonides (1204) witnessed widespread upheaval and turmoil as anti-rationalist Jews attempted to ban the study of philosophy. For such rationalist philosophers as Shem Tov ibn Falaquera (c. 1225–1291), however, Judaism could not be restricted to the confines of the spiritual and intellectual ghetto; the free minds of Jews could not be shackled in the name of Judaism.

In many respects, Falaquera epitomizes the way in which philosophy succeeded in finding a home in Judaism in the Middle Ages. The pioneering philosophical efforts of earlier luminaries made an enduring impact on the course of Jewish history and the religious and intellectual life of the Jewish people through their Hebrew translation and cultural consolidation at the hands of Jewish philosophers like Falaquera. As a prolific Hebrew poet, translator, popularize of science and philosophy, encyclopedist, defender of Maimonides, Bible commentator, historian of philosophy, and philosopher in his own right, Falaquera manifested a loving commitment to both Torah and secular wisdom (hokhmah, Sophia) and the conviction that both Torah and Sophia ultimately must be in harmony, if not identical.

Raphael Jospe’s exhaustive study of the life and thought of Shem Tov ibn Falaquera provides students of medieval Jewish and Islamic philosophy for the first time with a systematic and comprehensive presentation of Falaquera’s philosophy. Reflecting Falaquera’s own philosophic and curricular priorities, the book focuses in particular depth on his psychology, in light of and in comparison to his Arabic sources. In the tradition of scholarly text analysis, the book also offers a critical Hebrew edition and annotated English translation of Falaquera’s systematic psychological study, Sefer Ha-Nefesh (Book of the Soul), as well as a critical and annotated edition of his previously unpublished ethical work, Shelemut Ha-Ma’asim (Perfection of Actions), and — also for the first time — the surviving fragments, with English translation, of Falaquera’a Bible commentary.