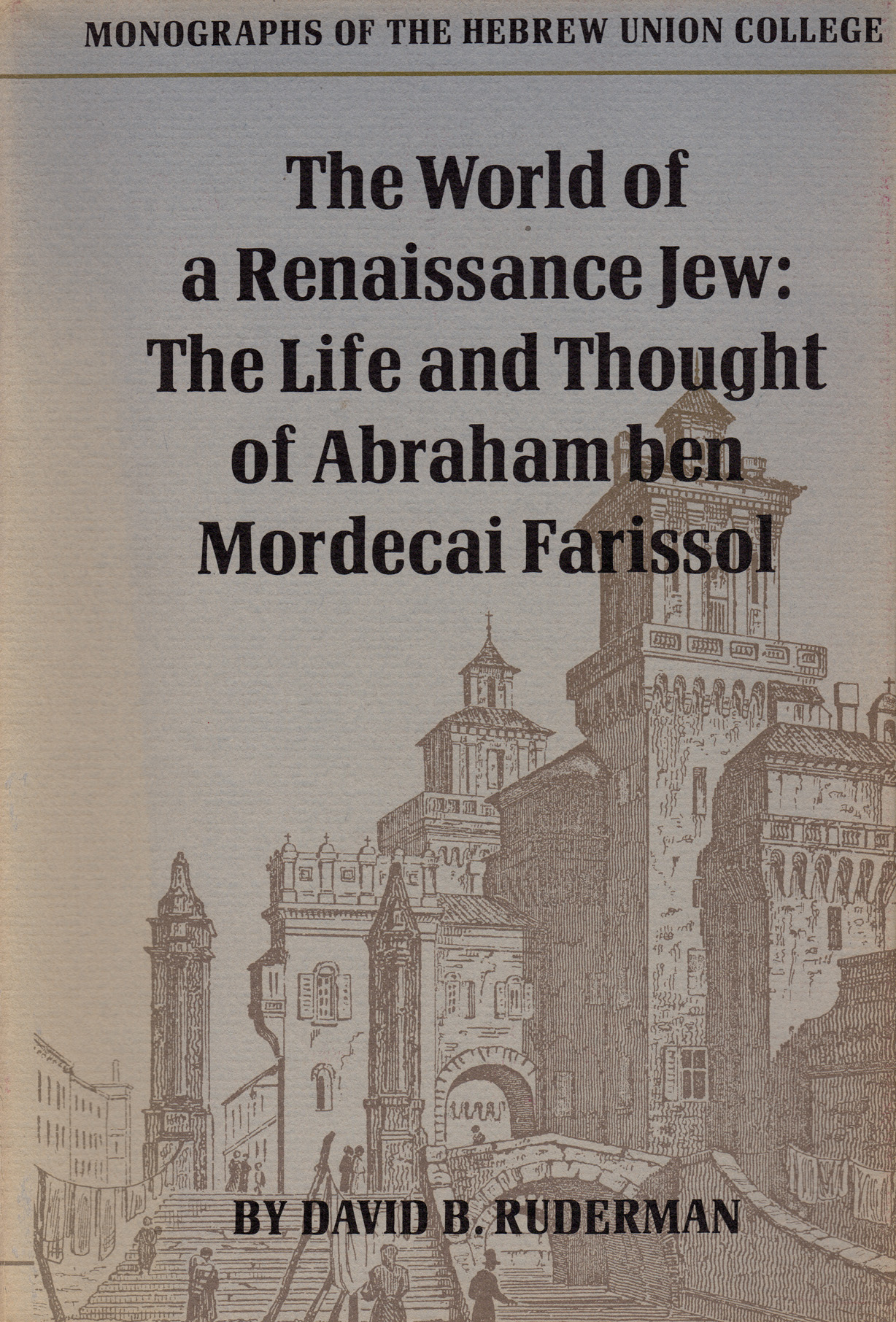 Monographs of the Hebrew Union College 6

Within the Italian city states of the fifteenth and sixteenth centuries, a relatively high degree of mutual tolerance and tranquility existed between the enlightened Christian majority and the small Jewish minority. With the prevalence of favorable political, social, and economic circumstances for Jewish life in Italy, a considerable number of Jews participated freely in Renaissance culture while upholding an intense awareness of their own particular identity.

This work is a study of the life and thought of one such Jew, Abraham b. Mordecai Farissol (1452-ca. 1528). While born in Avignon, Farissol spent most of his life in Italy close to the cultural centers of Renaissance society, primarily in Ferrara, but also in Mantua, Florence, and other Italian cities. As scribe, educator, cantor, communal leader, polemicist, Biblical exegete, and geographer, Farissol developed variegated interests and associations which provide exciting vantage points from which to view his cultural and social world. As one of the first comprehensive studies of any Italian Jewish figure of the period, this book represents an important contribution to an understanding of Jewish society and culture. But the significance of this study of Farissol’s life extends beyond what can be learned about the man and his immediate community of co-religionists. Utilizing the life and thought of one person, it explores and explicates the dialogue between Judaism and the culture of the Italian Renaissance.

Despite its intrinsic interest, Jewish intellectual history in the Renaissance has remained an underdeveloped field. Many sources still remain unexamined; monographs on specific themes and figures have yet to be written. David Ruderman’s study breaks new ground by making use of extensive, yet previously unpublished sources on Farissol and his society and by integrating them into the broader context of Jewish and Renaissance culture. The work is of particular interest to historians of the Jews and of Renaissance Italy. It also offers the general reader an excellent case study of the symbiotic relationship between Western culture and its Jewish minority in one of the most fertile periods of European civilization. In dramatic fashion it illustrates how Jews not only survived but creatively flourished in a pluralistic setting by appropriating from the outside new forms and ideas which they integrated into their own vital cultural experience.