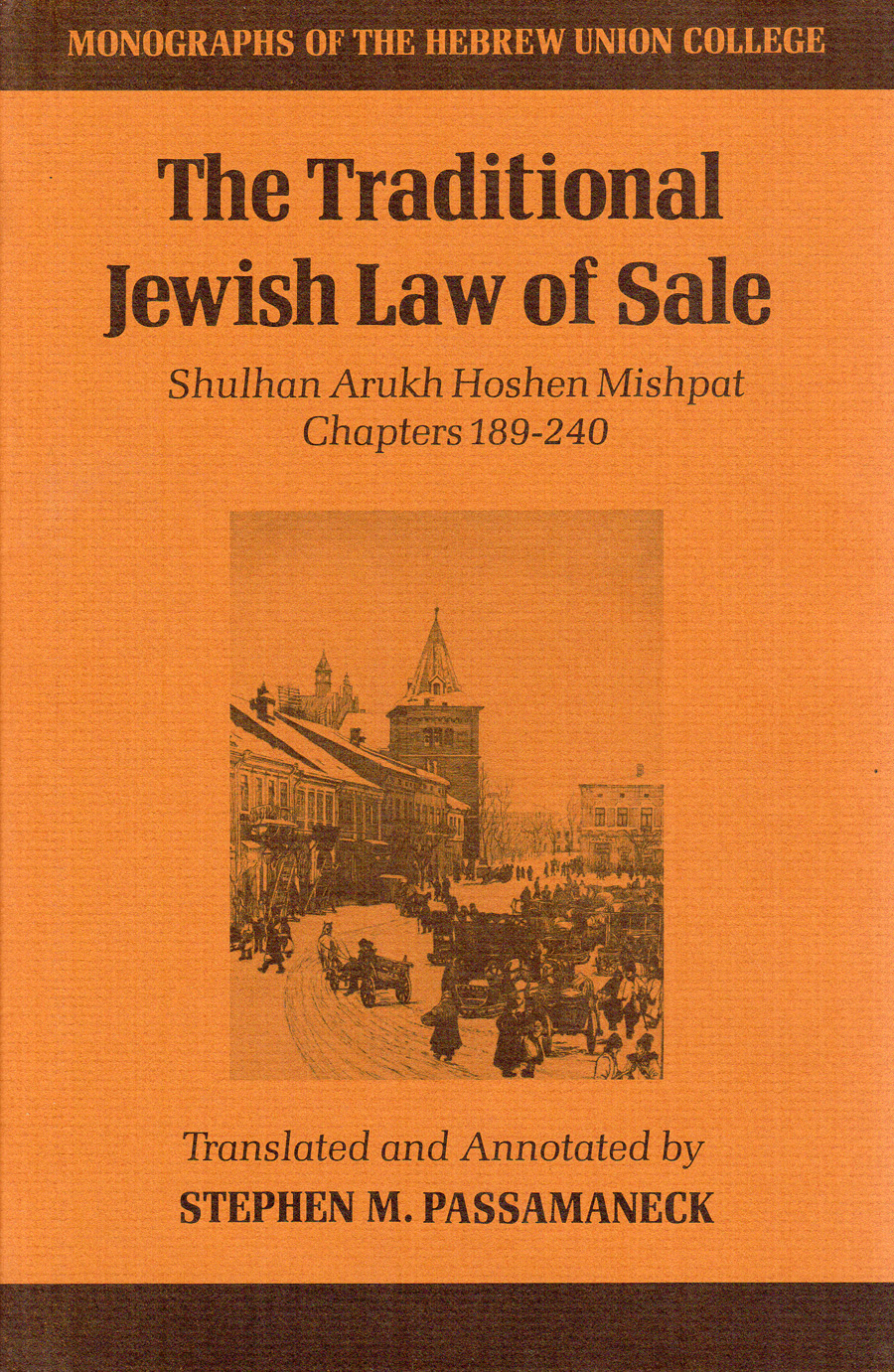 Monographs of the Hebrew Union College 9

Rabbinic tradition is in large part a tradition of law and jurisprudence. This tradition of law comprehends fields as diverse as the law of evidence and the dietary regimen, as laws on credit and debt and the laws of ritual purity. It follows naturally that many, if not most, of the great works of rabbinical literature are law books, commentaries on the law, and collections of cases.

The principal legal code, or restatement, still authoritative among traditional Jews, is the Shulhan Arukh, compiled by Joseph b. Ephraim Karo of Safed (1488–1575) and glossed by Moses Isserles of Cracow (1520–1572). This work, published in four volumes, provided the rabbinic jurist or magistrate, as well as the learned layman, with a concise review of the various areas of Jewish law that might come to his attention.

One such area of traditional Jewish law was the laws of buying and selling and the laws of fraud in sales. This particular domain within traditional Jewish commercial law is surprisingly intelligible and fascinating for modern students of Jewish tradition. Buying and selling are just as much a part of the modern world as they were of past ages. Moreover, the student of legal history or comparative law will find that this rabbinical code on sales and fraud in sales provides, at a glance, a view of the strata of Jewish legal development from the ancient period to the sixteenth century.

Among the matters treated in this code are the formation of the agreement to buy and sell, the concept of acquisition as it relates to various types of property, legal capacity, and the requirement of good faith. The chapters on fraud reflect the moral and ethical values of Jewish tradition which are always implicit, and often explicit, in the rules of Jewish civil, criminal, and commercial legal codes. The material is clearly of interest to modern students of business ethics.

A synopsis of the law of sale prefaces the work. It underscores some of the main features of this area of the law and furnishes some terminology and analysis of the material. While this synopsis does note some points of contrast and comparison with Roman law and medieval church law, it is not intended as a detailed historical or comparative study. It serves principally to introduce the text itself and establish some useful lines of understanding and classification.

The translation of the laws of sale and fraud presented here has been prepared with the utmost care and attention to the technical nuances of legal terminology in both modern and ancient law. Its apparatus of notes and references includes material on the history of the printing of this translated portion of the Jewish legal tradition.