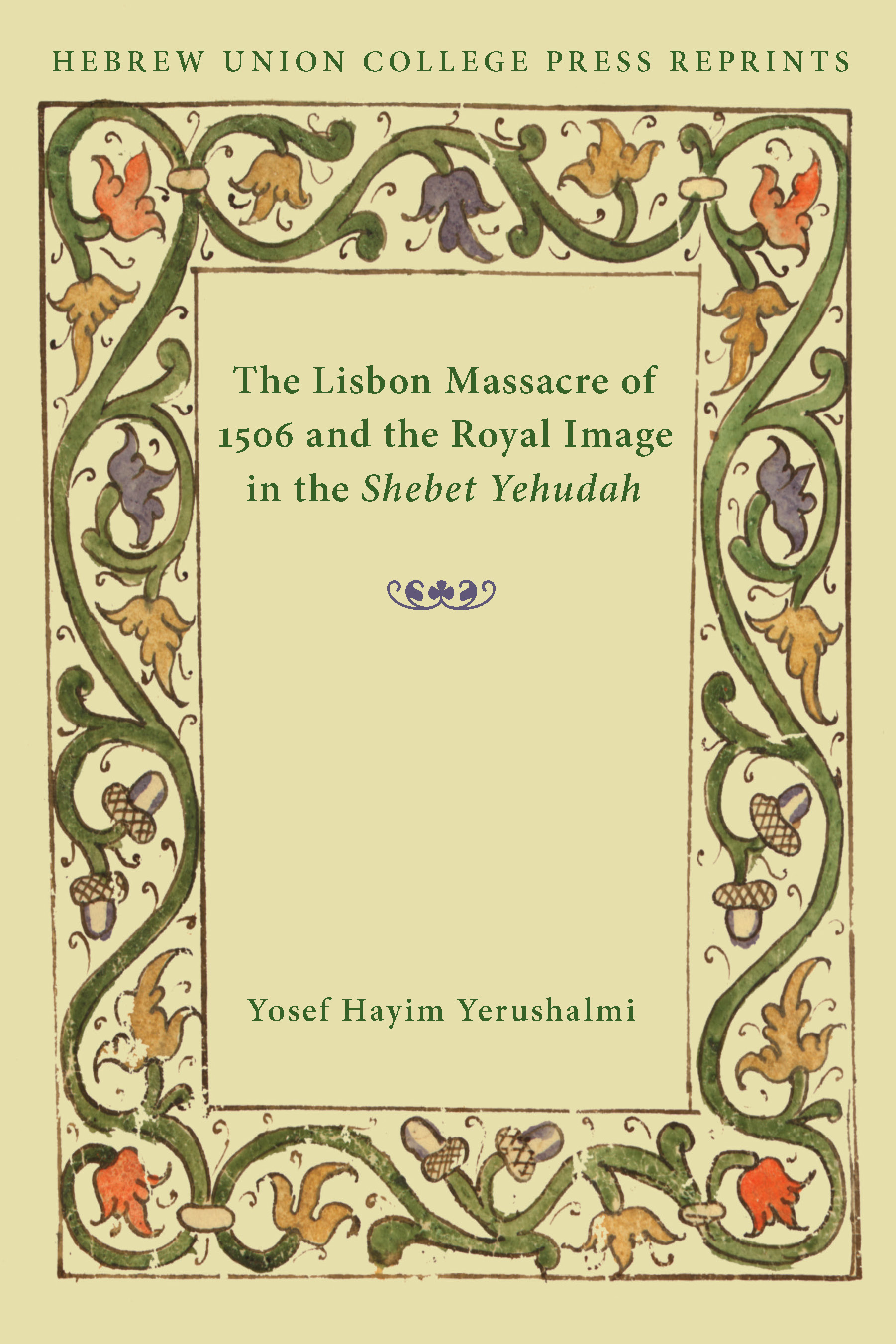 Jews in exile have often struggled for the protection of the highest governmental power, whether king, emperor, caliph, or pope, because they learned early that their safety could not be entrusted to the goodwill of their gentile neighbors or the local authorities. Alexandrian Jews in the Hellenistic period relied on Imperial Rome instead of their native Alexandria, and Jews in medieval Europe sought ties with the Carolingian emperors, circumventing all inferior feudal relationships. In all such cases of vertical alliances Jews have both gained and lost.

In this landmark study, Yosef Hayim Yerushalmi presents the Lisbon Massacre as one chapter in the history of alliances between Jews and the powers that have ruled over them. Through an exploration of Jewish attitudes and their consequences at this important juncture in Jewish history, he uncovers the “myth of the royal alliance” in the thought of Ibn Verga and others. He offers a fresh review of available data on the course of the pogrom and relates it to the Shebet Yehudah. Two appendices include the German account of the massacre, based on three printed editions (two of them previously unknown), and the major documentary sources, giving historians access to key primary materials as well as Yerushalmi’s analysis.

Even the modern era did not fundamentally change these dynamics. Hannah Arendt emphasized the extent to which Jews have allied themselves to the modern nation-state and have become vulnerable when other groups oppose that nation-state. Modern Jews have frequently clung to an uncritical faith in the state’s protection, even when that faith bears no correspondence to reality.