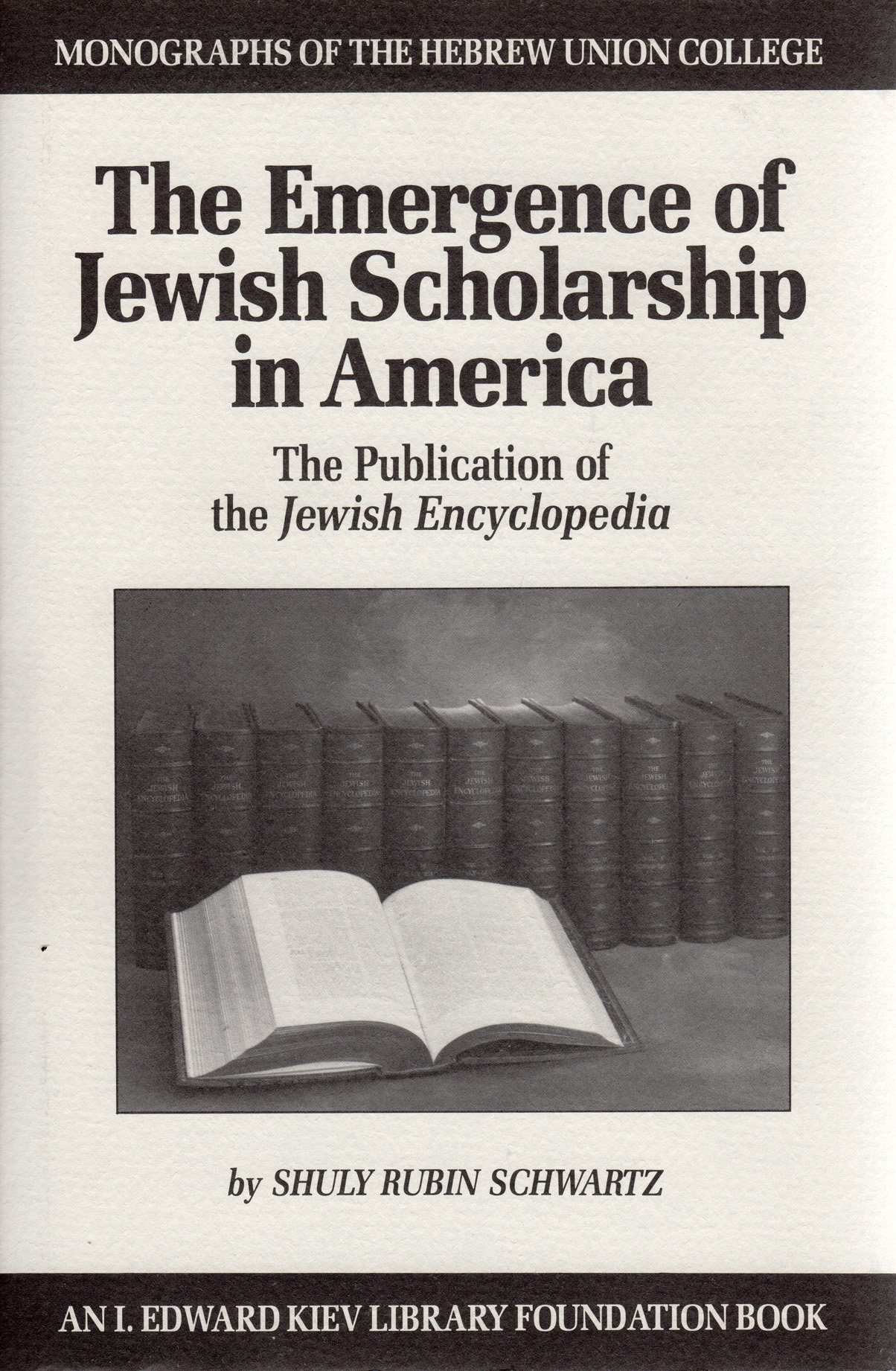 Monographs of the Hebrew Union College 3

The Jewish Encyclopedia was the first comprehensive collection of all the available material pertaining to the Jews — their history, literature, philosophy, ritual, sociology, and biography. Published by Funk & Wagnalls from 1901 to 1906, its successful completion was due to the pluck and determination of its managing editor, Isidore Singer, and to the dedication of its other editors and collaborators, many of whom were world-renowned scholars. Today, the JE has been largely superseded as a reference work, but as a repository of information about Jews and Judaism in the late nineteenth century, it remains a gold mine.

Part One of Schwartz’s book recounts the lively story of the JE’s publication — the nascence of the idea, the negotiations with Funk & Wagnalls, the assembling of the board of editors, and the tensions, rivalries, and financial problems that constantly plagued the project. She introduces those who played leading roles in the numerous reviews and announcements that accompanied its publication, and evaluates its significance as the premier cultural event in American Jewish life at the dawn of the twentieth century.

In Part Two, an analysis of the JE’s contents reveals both the nature and extent of Jewish scholarship at the time and the goals and concerns of those who produced it. As Schwartz demonstrates, the JE marshaled its facts to combat both racial anti-Semitic arguments and Christian polemics. The work summarized, preserved, and expanded upon the results of Wissenschaft des Judentums. It provided the beginnings of a Jewish cultural response to the intellectual challenges of Darwinism and higher biblical criticism. And it presented the unique Reform and modern traditionalist perspectives on Jewish practice and belief.

Throughout this fascinating study, Schwartz explores the complex and frequently strong relationships among Jewish leaders. Most importantly, she demonstrates that through its content as well as through the very fact of its publication in the United States and in English, the Jewish Encyclopedia signified the transfer of the center, language, and leadership of Jewish scholarship from the Old World to the New, thus becoming a primary catalyst for the emergence of Jewish scholarship in America.