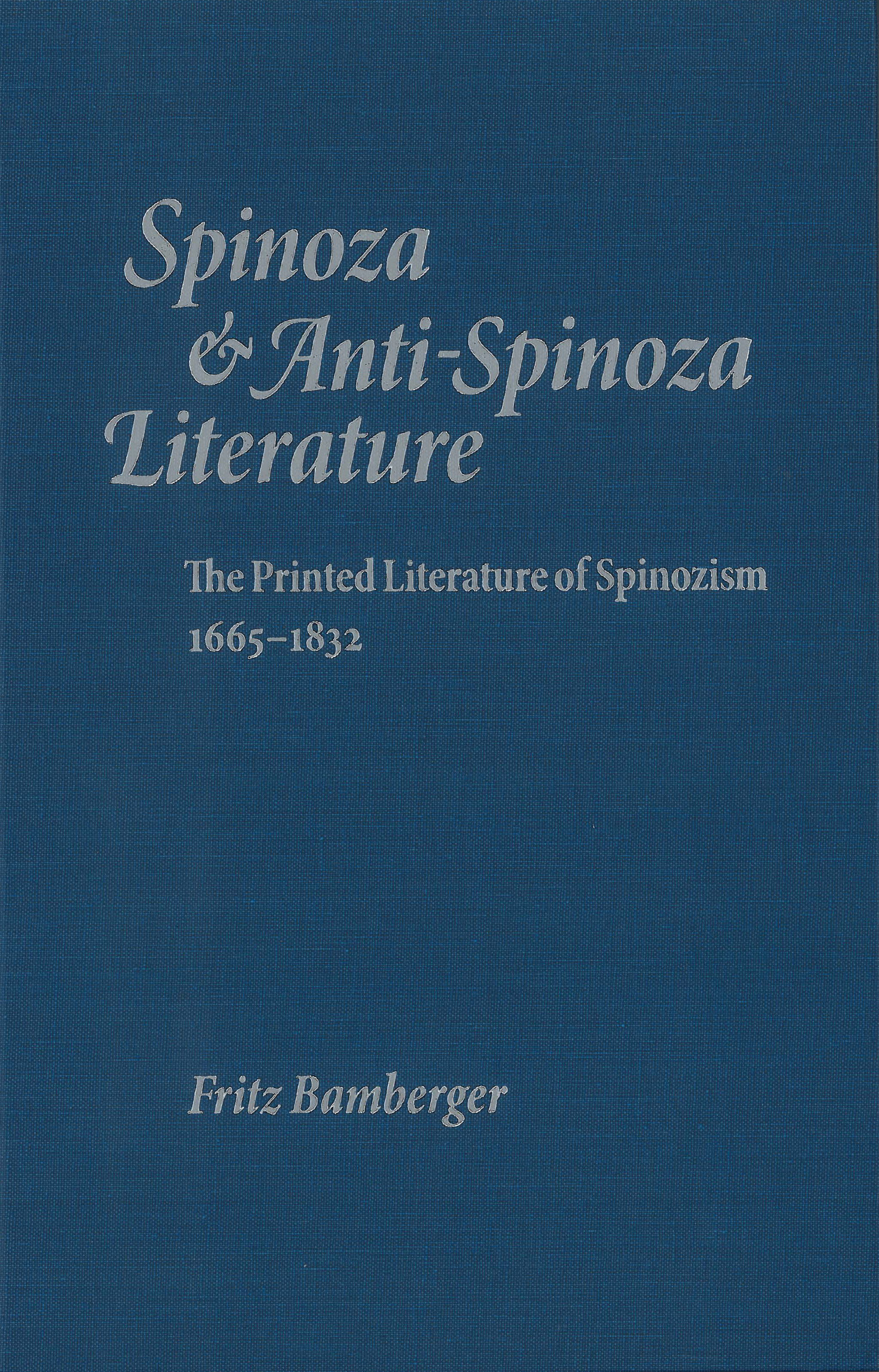 Motivated by his personal interest in Spinoza and his philosophy, Adolph S. Oko began a collection of literature on Spinoza at the Klau Library of Hebrew Union College-Jewish Institute of Religion in Cincinnati, which he deemed “second to none in size and importance.” The Spinoza Collection nearly doubled in size under the supervision of Herbert C. Zafren, who made its contents more accessible to the scholarly world through the publications that he established and edited, including Studies in Bibliography and Booklore. In 1986, HUC-JIR acquired the library of Fritz Bamberger, a treasure trove of Jewish intellectual history, which created a parallel Spinoza Collection in the Abramov Library on the Jerusalem campus of HUC-JIR.

This volume, edited by Laurel S. Wolfson and David J. Gilner and published posthumously, offers philosophers, historians, and bibliophiles alike a bibliohistorical essay on the early editions of Spinoza’s Tractatus Theologico-Politicus, followed by a comprehensive and richly annotated bibliography of literature from the Bamberger Library that details the reception of Spinoza’s writing, extending from 1665 until 1832 and including pieces by Coleridge, Diderot, Fichte, Hegel, Kant, Leibniz, Mendelssohn, Rousseau, Schleiermacher, and Voltaire. More than just a bibliography of a single collection, the volume chronicles the history of debate over Spinoza’s writings.