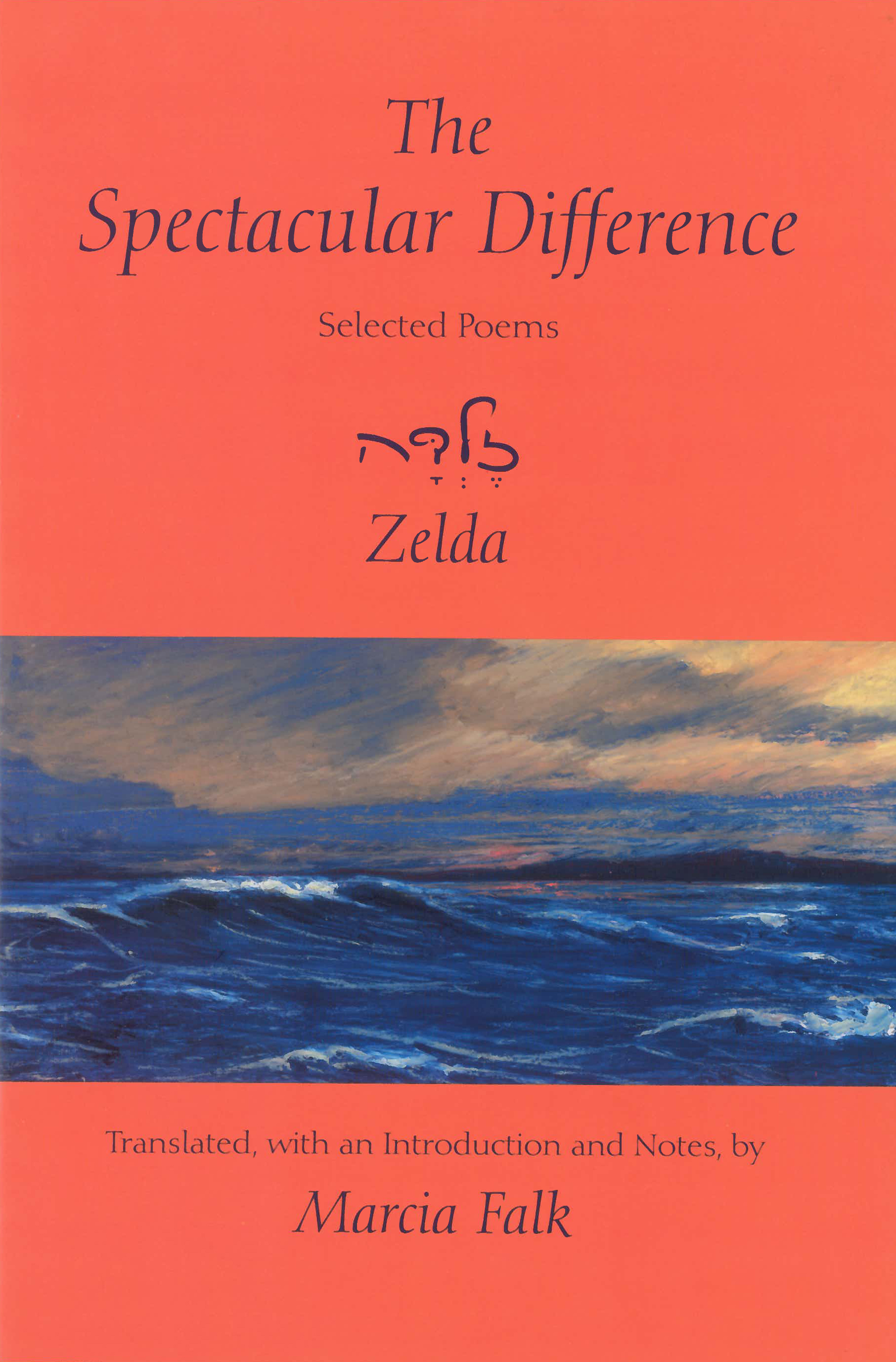 translated, with introduction and notes, by Marcia Falk

Filled with vivid, often dreamlike pictures from the natural world, the poems of Zelda Schneurson Mishkovsky, known to her Hebrew readers simply as Zelda, are unlike anything else in Hebrew literature. Zelda was the daughter and granddaughter of prominent Hasidic rabbis from the Habad dynasty. Born in Russia in 1914, she immigrated to Palestine in 1926, studied in religious girls’ schools, and became a schoolteacher. She began writing her imagistic, mystical-religious poetry early in life. When her first book was published, in 1967, it was an overwhelming critical and popular success, appealing to the diverse (and predominantly secular) Israeli public. Five more volumes followed, winning the poet numerous literary awards, including the prestigious Bialik and Brenner prizes.

Although she lived her entire life within the strictures of ultra-Orthodoxy, Zelda’s many admirers came from all corners of Israeli society. As the popularity of her poetry grew, visitors flocked to her doorstep; her photograph appeared often in the newspapers; the words of her poems were set to music and sung. Reserved and daunted by publicity, she was an unlikely candidate for Israeli folk hero; nevertheless, she became a national phenomenon. She died in Jerusalem in 1984, and a posthumous volume of her collected verse was published in Hebrew in 1985. The Spectacular Difference is the first full-length book of her poems to appear in English translation.

A close friend and frequent guest in Zelda’s home, Marcia Falk was authorized by the poet to be her translator and worked on these translations over the course of three decades. Selected from all six of Zelda’s books, the poems are accompanied by the translator’s essay introducing the poet and illuminating the highly personal and often startling images in her lyrics. Notes at the back of the book offer a comprehensive guide to Zelda’s many references to Jewish sources.

Marcia Falk is the author of The Book of Blessings, a widely-acclaimed translation of The Song of Songs, a volume of translations of Malka Heifetz Tussman’s Yiddish With Teeth in the Earth, and two books of her own poetry, This Year in Jerusalem and It is July in Virginia, which won the Claytor Award of the Poetry Society of America. She holds a Ph.D. in comparative literature from Stanford and was a professor of Hebrew and English literature and creative writing for two decades. She now lectures widely on feminist Judaism, Jewish women’s literature, and other subjects.