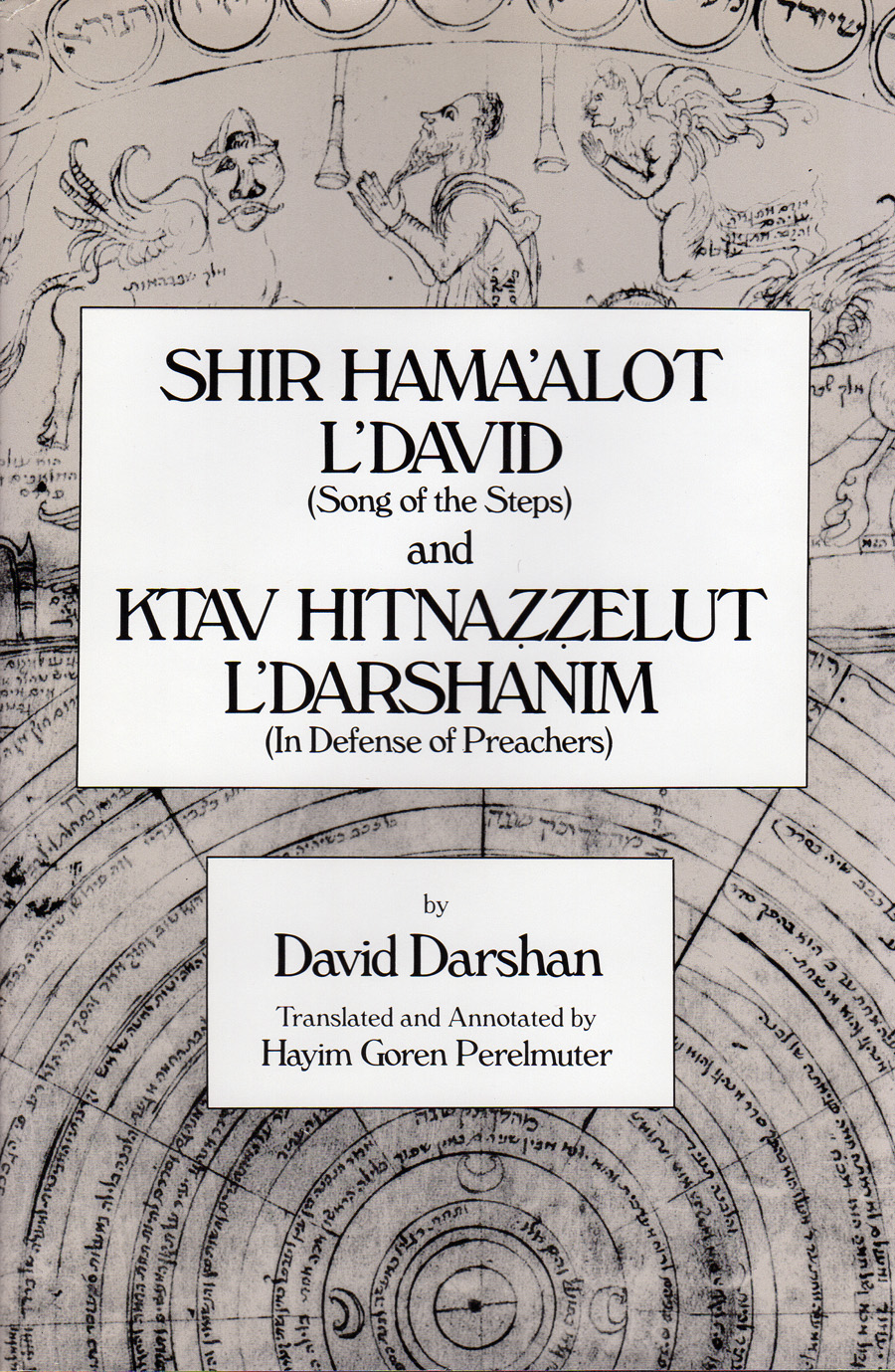 David Darshan of Cracow was the first of the itinerant Jewish preachers whose works were published. He was a Renaissance man in a very real sense. Preacher, scholar, artist, healer, scribe, mystic, editor, commentator, and bibliophile (and father of five daughters), he tried in vain to establish an academy but failed because he was on the wrong side of the establishment.

He was involved in the reintroduction of the printing of Hebrew books in Poland in 1569. He wrote a commentary on the Jerusalem Talmud, as well as a spirited defense of preaching and the preacher’s art, and copied and illustrated a magnificent Kabbalistic manuscript.

He wandered through Germany, Bohemia, and Russia; spent time in Italy during the period of the printing of the Zohar and the banning of the Talmud; served as scholar-in-residence at the home of a wealthy Jewish banking family; returned to Cracow to become the town darshan; and set out for Safed to join the community of Kabbalists and await the Messiah.

This account of his background and translation of two almost forgotten books, Shir haMa’a lot l’David and Ktav Hitnazzelut l’Darshanim — a collection of sermons, response, poems, model letters to distinguished persons, efforts to fund an academy, a sourcebook for would-be preachers, and a defense of the craft — lifts the curtain on the inner life of the Jewish world in the late Middle Ages. The reproduction of the Hebrew texts of two books that have all but disappeared places a valuable resource in the hands of scholars.

The cover illustration for the volume is by David Darshan and appears in the manuscript of Perush hYeri’ah haG’dolah, a commentary on the Ten Spheres, which he copied, illustrated, and signed in Modena in 1556. It depicts Rabbi Akiva, surrounded by the four creatures of Ezekiel’s chariot vision, standing between the sketch of the universe and the spherotic tree. The manuscript is evidence of David’s skill as scribe and artist.

Hayim Goren Perelmuter, a native of Montreal, was ordained Rabbi at the Jewish Institute of Religion in New York, studied at McGill, Harvard, and Hebrew Universities, and received his doctorate from Hebrew Union College-Jewish Institute of Religion. He was Professor of Jewish Studies at the Catholic Theological Union in Chicago and Rabbi Emeritus of K.A.M. Isaiah Israel Congregation. He taught one quarter a year at the Pacific Lutheran Theological Seminary and the Graduate Theological Union in Berkeley, California. He was a contributor to the Theologische Realenzyklopädie and translator from Yiddish, German, and Hebrew.