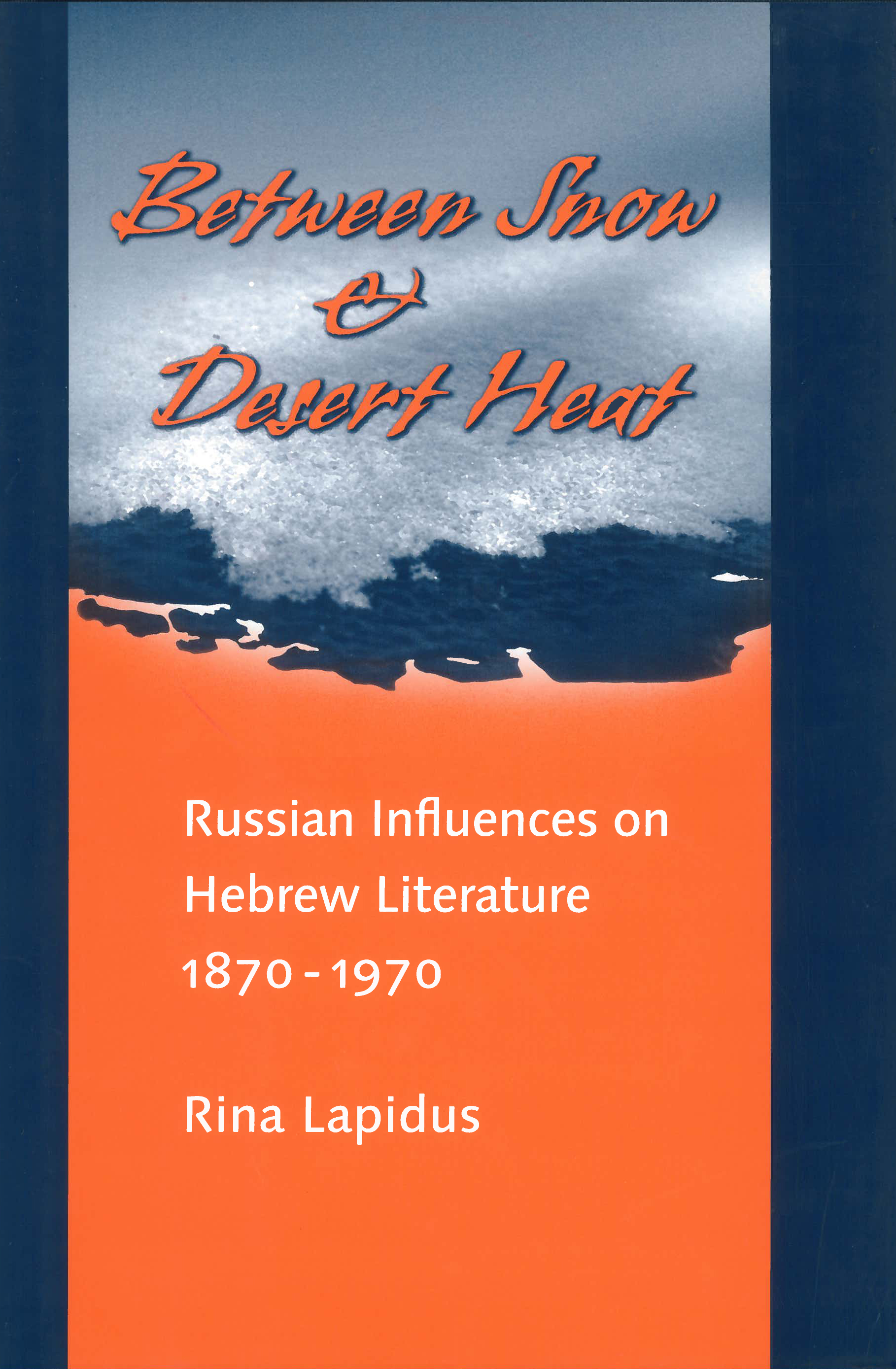 Monographs of the Hebrew Union College 27

Hebrew literature, from the second half of the nineteenth century to well into the twentieth, was unmistakably influenced in style and substance by Russian prose and poetry. These influences have been readily acknowledged but have been studied only in an episodic and fragmented way. Rina Lapidus systematically identifies those Hebrew authors and poets upon whom Russian influence is most striking and upon whom it seems to have exerted the greatest power. After examining the textual parallels in the works of both the influencing and the influenced authors, she presents intertextual sources for the passages discussed, focusing on various idioms or linguistic and literary patterns commonly found in Russian literature.

Nine case studies illustrate this influence. For each case, Lapidus answers three questions: How, precisely, is the literary influence expressed? With what belletristic, intellectual, ideological, or philosophical category may it be connected? and What were its primary sources, even before the influencing author absorbed them from authentic Russian culture? Lapidus explores the influence of Russian language, literature, and culture upon Y. H. Brenner in his novel Around the Point; the influence of the Russian version of decadence as found in Turgenev’s novels Rudin and Fathers and Sons on Yeshaya Bershadsky’s novel Aimless; the poetics of humor and satire in the fiction of Gogol and Mendele Mocher Sefarim; the influence of classic Russian autobiographical novels–primarily the Tolstoy trilogy Childhood, Boyhood, Youth-on Y. D. Berkowitz’s Chapters of Childhood; the impact of the poetry of Afanasii Fet on Hayyim Lensky; Russian influences on two novels by Hayyim Hazaz; and the poetic influence of Mikhail Lermontov on the works of the young Saul Tchernichowsky. A theoretical introductory chapter discusses the contributions of Harold Bloom, Julia Kristeva, and others to the contemporary study of influence.