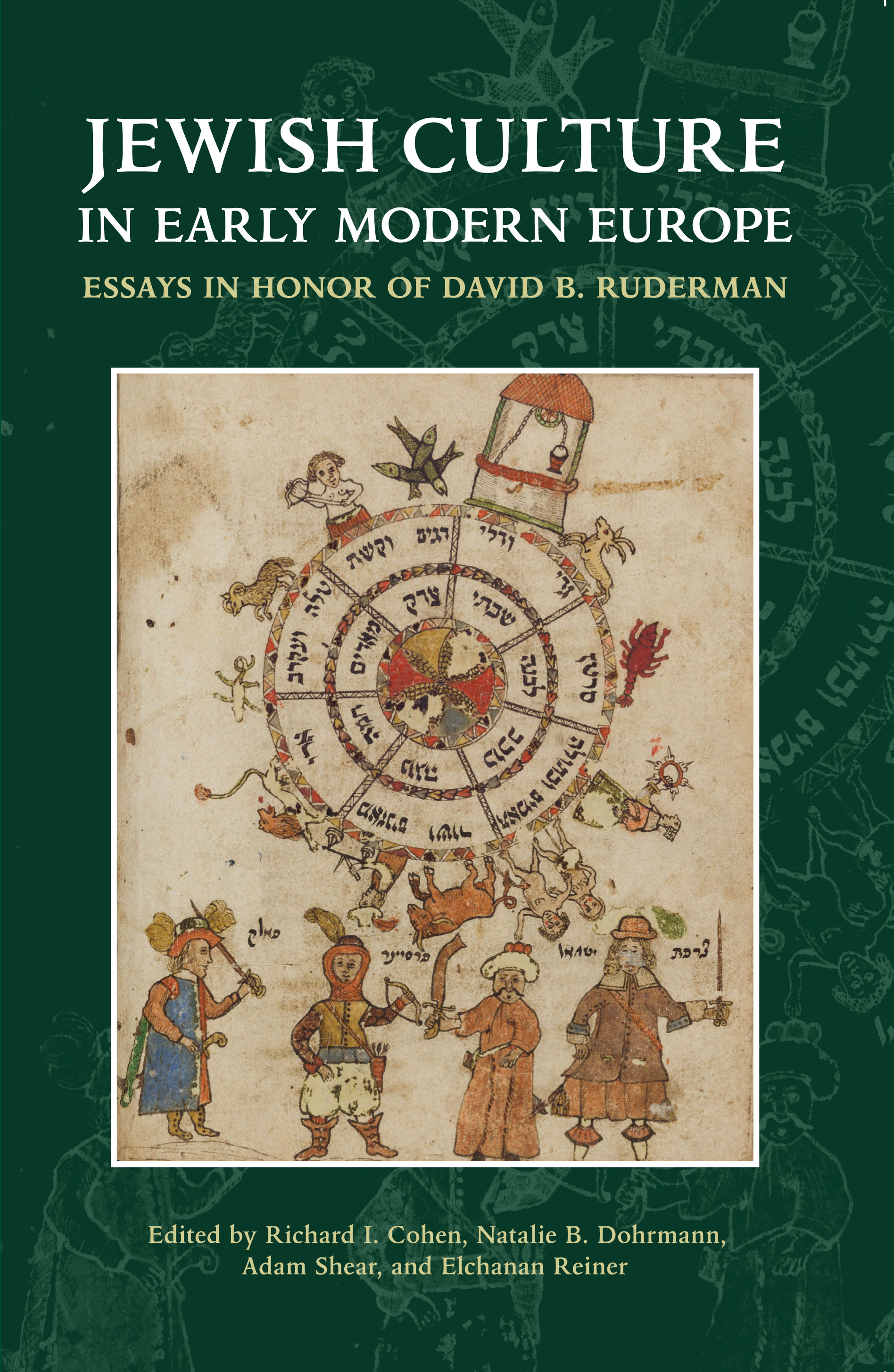 David B. Ruderman’s groundbreaking studies of Jewish intellectuals as they engaged with Renaissance humanism, the Scientific Revolution, and the Enlightenment have set the agenda for a distinctive historiographical approach to Jewish culture in early modern Europe, from 1500 to 1800. From his initial studies of Italy to his later work on eighteenth-century English, German, and Polish Jews, Ruderman has emphasized the individual as a representative or exemplary figure through whose life and career the problems of a period and cultural context are revealed.

Thirty-one leading scholars celebrate Ruderman’s stellar career in essays that bring new insight into Jewish culture as it is intertwined in Jewish, European, Ottoman, and American history. The volume presents probing historical snapshots that advance, refine, and challenge how we understand the early modern period and spark further inquiry. Key elements explored include those inspired by Ruderman’s own work: the role of print, the significance of networks and mobility among Jewish intellectuals, the value of extraordinary individuals who absorbed and translated so-called external traditions into a Jewish idiom, and the interaction between cultures through texts and personal encounters of Jewish and Christian intellectuals. While these elements can be found in earlier periods of Jewish history, Ruderman and his colleagues point to an intensification of mobility, the dissemination of knowledge, and the blurring of boundaries in the early modern period. These studies present a rich and nuanced portrait of a Jewish culture that is both a contributing member and a product of early modern Europe and the Ottoman Empire.

As director of the Herbert D. Katz Center for Advanced Judaic Studies at the University of Pennsylvania, Ruderman has fostered a community of scholars from Europe, North America, and Israel who work in the widest range of areas that touch on Jewish culture. He has worked to make Jewish studies an essential element of mainstream humanities. The essays in this volume are a testament to the haven he has fostered for scholars, which has and continues to generate important works of scholarship across the entire spectrum of Jewish history.

Through his remarkable publications and celebrated seminars, David Ruderman has brought us a new understanding of the cultural and social history of the Jews and, indeed, of Europe in general in early modern times. These essays, each one a jewel, carry his powerful vision into many lands and multiple tongues. We meet fascinating people and books, but are also shaken up in our ideas about identity, networks, conversion, and modernity itself. An absorbing book of enduring importance. – Natalie Zemon Davis, University of Toronto

Anyone interested in learning where the scholarship of the early modern period in Jewish history has ventured and where it is headed, can do no better than to peruse this collection of essays. It is a magnificent tribute to a scholar David Ruderman, and a monumental contribution to scholarship. – Elisheva Carlebach, Salo Wittmeyer Baron Professor of Jewish History, Culture, and Society, Columbia University

Open any essay in this book and you will be dazzled by the scholarship and depth of thought in each one of them. Nothing less would be a fitting tribute to David Ruderman, who has revitalized and reshaped our understanding of early modern Jewish and European culture through his own research and writing, and intellectual generosity of spirit. – Lynn Hunt, UCLA

Jewish Culture in Early Modern Europe is a fitting homage to David Ruderman. This thoroughly-engaging volume will surely be a sought-after book that will stand alongside his own Early Modern Jewry. – David N. Myers, UCLA