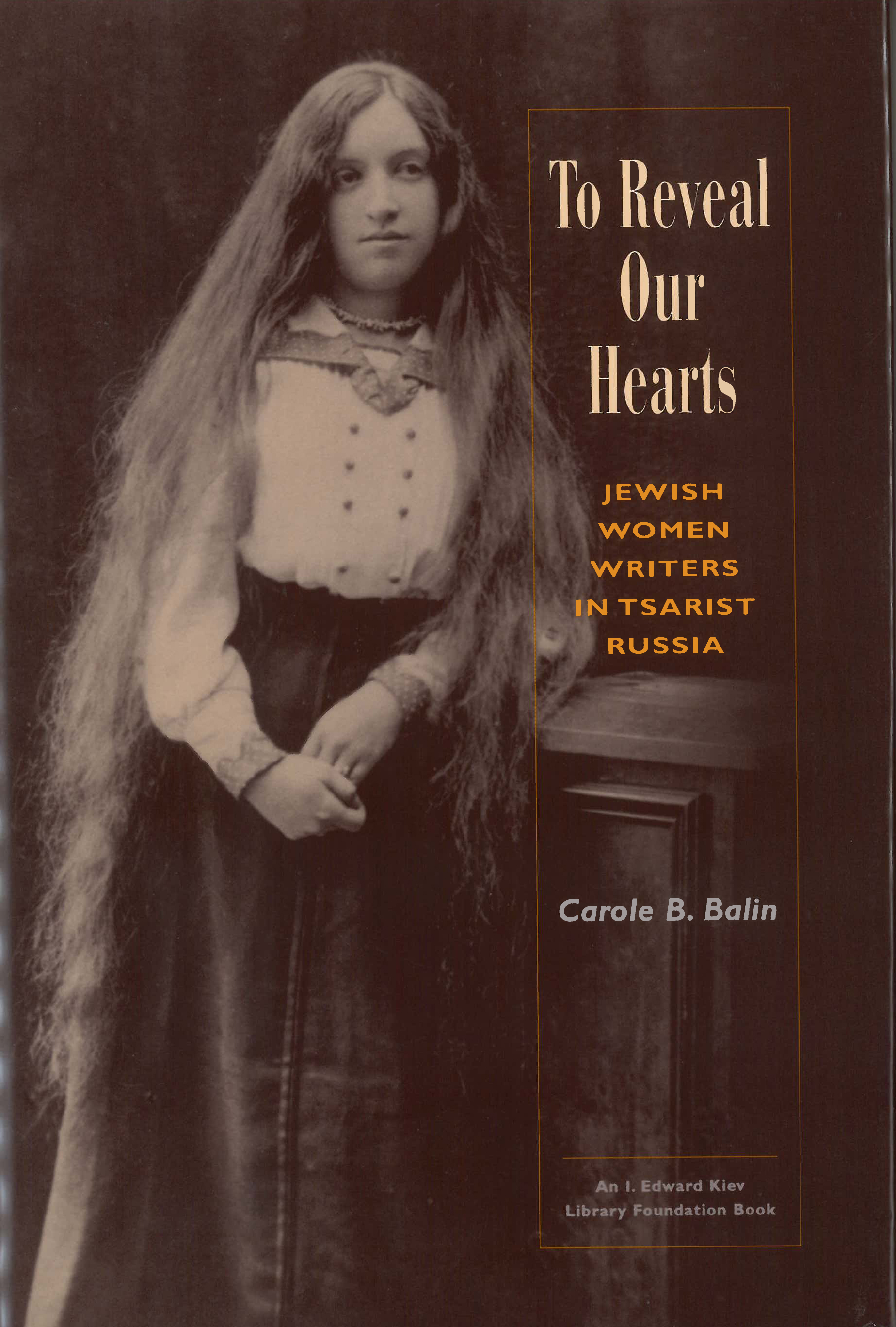 Monographs of the Hebrew Union College 24

Carole Balin introduces us to dozens of Jewish women writers from late nineteenth- and early twentieth- century Tsarist Russia, focusing on five who were among the most prolific. Their extant literary remains include not only fiction, poetry, drama, translations, and essays, but also memoirs, autobiographies, diaries, and letters. Balin contextualizes the works of each within the culture in which she lived and wrote.

Miriam Markel-Mosessohn (1839-1920) toiled to advance the goals of the Russian Haskalah (Enlightenment), translated German works into Hebrew, tried her hand at poetry, and became a foreign correspondent for a Hebrew newspaper at the age of 48. Hava Shapiro (1879-1943) published short stories and newspaper articles in Hebrew, earned a doctorate at the University of Berne, and was an active participant in the writing circle convened at the Warsaw home of Y. L. Peretz. Rashel Mironovna Khin (1861-1928) wrote numerous short stories and plays in Russian, two of which were staged at Moscow’s Malyi Theater. Feiga Israilevna Kogan (1891-1974) composed books of Symbolist poetry in Russian while harboring a love of Hebrew, which she nurtured at the Society for Lovers of the Hebrew Language. Sofia Dubnova-Erlikh (1885-1986) was the daughter of historian Simon Dubnov, the wife of socialist Genrikh Erlikh, and an accomplished poet, essayist, biographer, and political activist in her own right.

The life-like and touching portraits that emerge of these talented writers allow us a penetrating view of Jewish women within their Russian-Jewish milieu that is far more nuanced than the images of housewife and revolutionary currently held in collective Jewish memory. The lives and works of these women help to tell a larger story of Jewish cultural history in the Russian Empire.

A book to be thoroughly welcomed. – Cecil Bloom, The Jerusalem Post

Carole B. Balin was ordained at HUC-JIR and received her Ph.D. at Columbia University. She serves as Professor of Jewish History at HUC-JIR, New York.