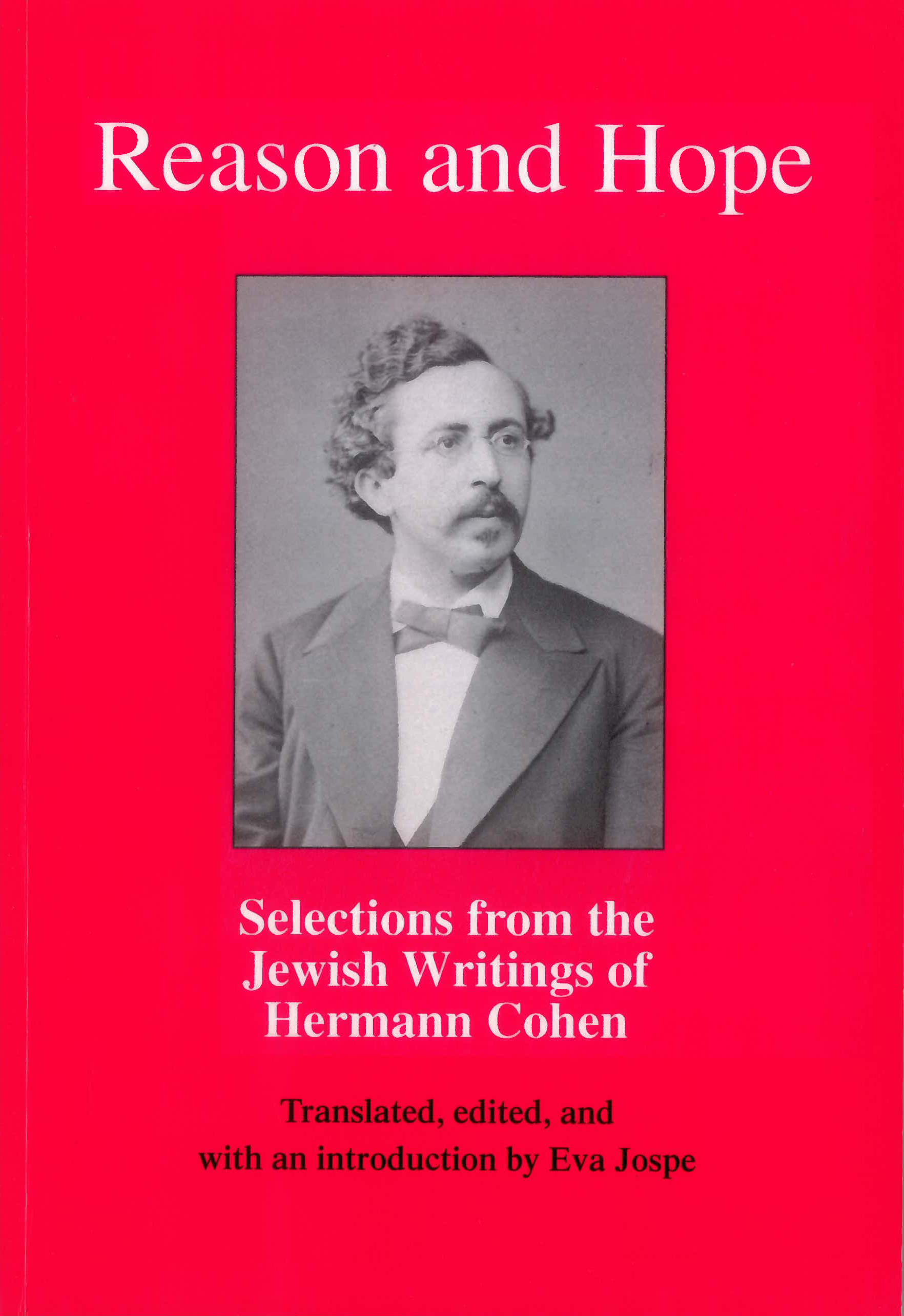 The 19th century neo-Kantian philosopher Hermann Cohen has provided significant underpinnings for understanding Judaism as a religion with a rational and universal character, as a religion of hope for the future. The eight essays selected for Reason and Hope lay out Cohen’s exposition of God as the Uniquely One and explore the universal implications of this idea. The essays are arranged to show how Cohen’s philosophy on monotheism, prophetism, and messianism holds the idea of Israel’s chosenness in tension with its universalism and its goal of creating a community of ethical individuals bearing witness to the unique Oneness of God.

Eva Jospe makes Cohen’s thought accessible to readers in English through her translations, notes, and introduction. Her introduction introduces the life of Hermann Cohen, explains key themes and concepts in his work—faith and reason, the “is” and the “ought,” creation and revelation—and summarizes how they relate to the ethical and rational Judaism Cohen espouses. The essays are self-contained, but Jospe traces Cohen’s thought through them in her notes, which identify his roots in Plato and Kant and explore how his ideas interact with those of other Jewish thinkers like Maimoinides and Buber. Her editorial remarks are careful to retain the essence and context of Cohen’s arguments while pointing to the relevance of his thought to contemporary Jewish theology and education.

This reprint edition comes more than twenty years after the book’s first publication and remains a valued resource for introducing scholars, students, and lay readers alike to the work of this important Jewish thinker.

Eva Jospe (1913-2011) was born and educated in Germany, taught modern Jewish thought at Georgetown and George Washington Universities for many years, and translated works by Martin Buber, Moses Mendelssohn, Hermann Cohen, and Franz Rosenzweig into English.