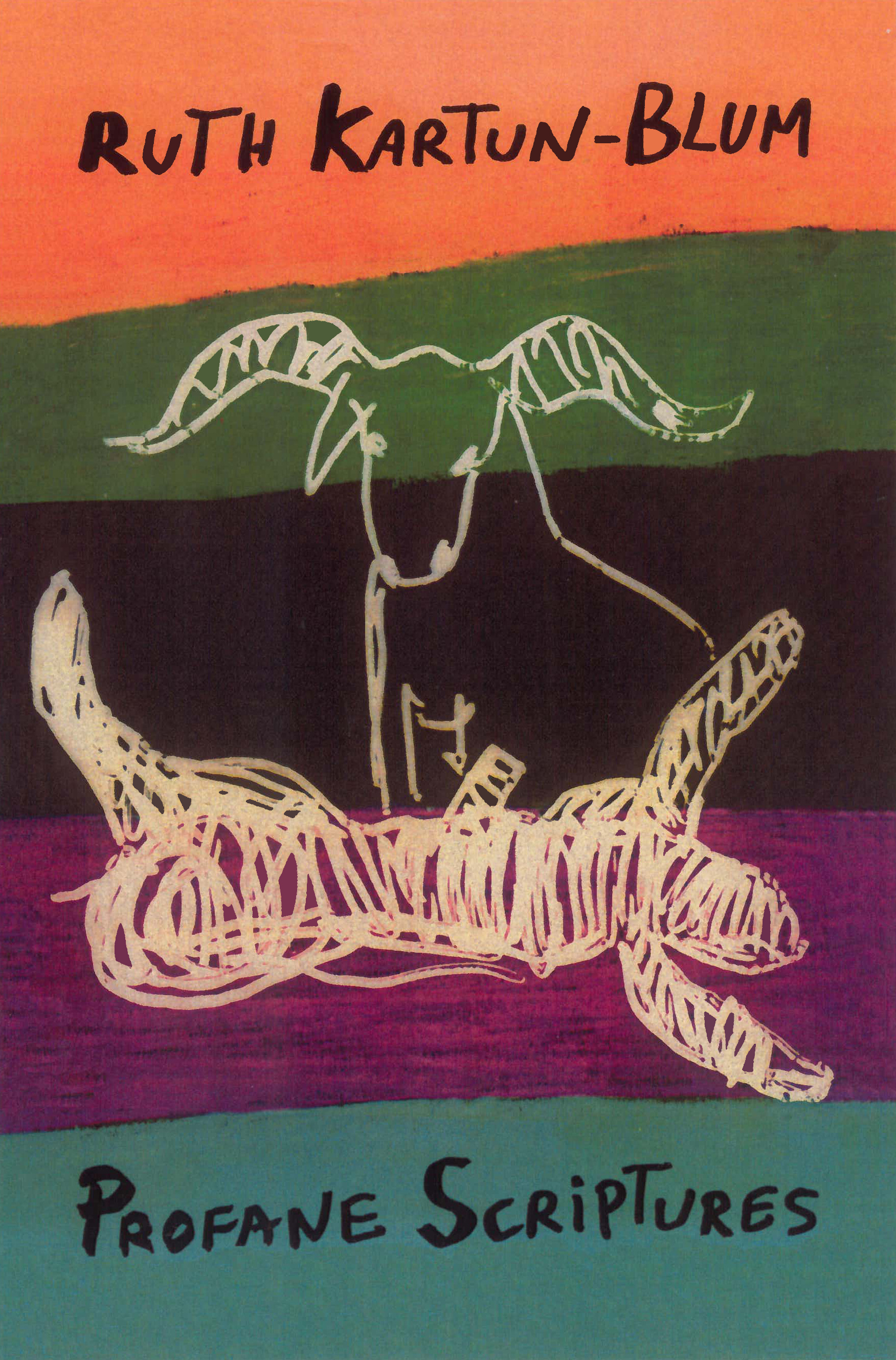 with drawings by Menashe Kadishman

Twentieth century Hebrew poetry engages the Bible in an ongoing battle. Modern iconoclastic Hebrew poets fight for their independence from biblical traditions, and they do so by practicing a form of subversive midrash. The ancient rabbis enjoyed developing innovative midrashic methods that would show the reader how the conclusions were drawn from the text. But the modern Hebrew poet uses a new midrashic method that seeks to neutralize the Bible’s sway over modern Israeli life. Despite Israel’s political secularism, the biblical traditions still have a significant impact on Israeli society. The poet is forced to contend with the Bible.

The revival of the Hebrew language itself, which took place in less than a one-hundred year span, drew upon textual models of old. First among them was the Bible. A Zionist ideology steered that decision since the Bible provided the deed for ownership of the land. Biblical language and traditions reverberate through modern writers both intentionally and unintentionally because the language provides so much opportunity for contact. The poets address and sometimes subvert the biblical tradition through puns, playing with the Hebrew morphology, and intertextuality. Kartun-Blum employs historical, rhetorical, and feminist approaches to illuminate these techniques.

Profane Scriptures, based on the Gustave A. and Mamie W. Efroymson Memorial Lectures at Hebrew Union College-Jewish Institute of Religion (1995), illuminates the “noisy existence” of the modern Hebrew poet, always hearing echoes of remote narratives.

Ruth Kartun-Blum is Professor Emeritus of Hebrew Literature at the Hebrew University of Jerusalem. Manashe Kadishman is a winner of the Israel Prize for sculpture.