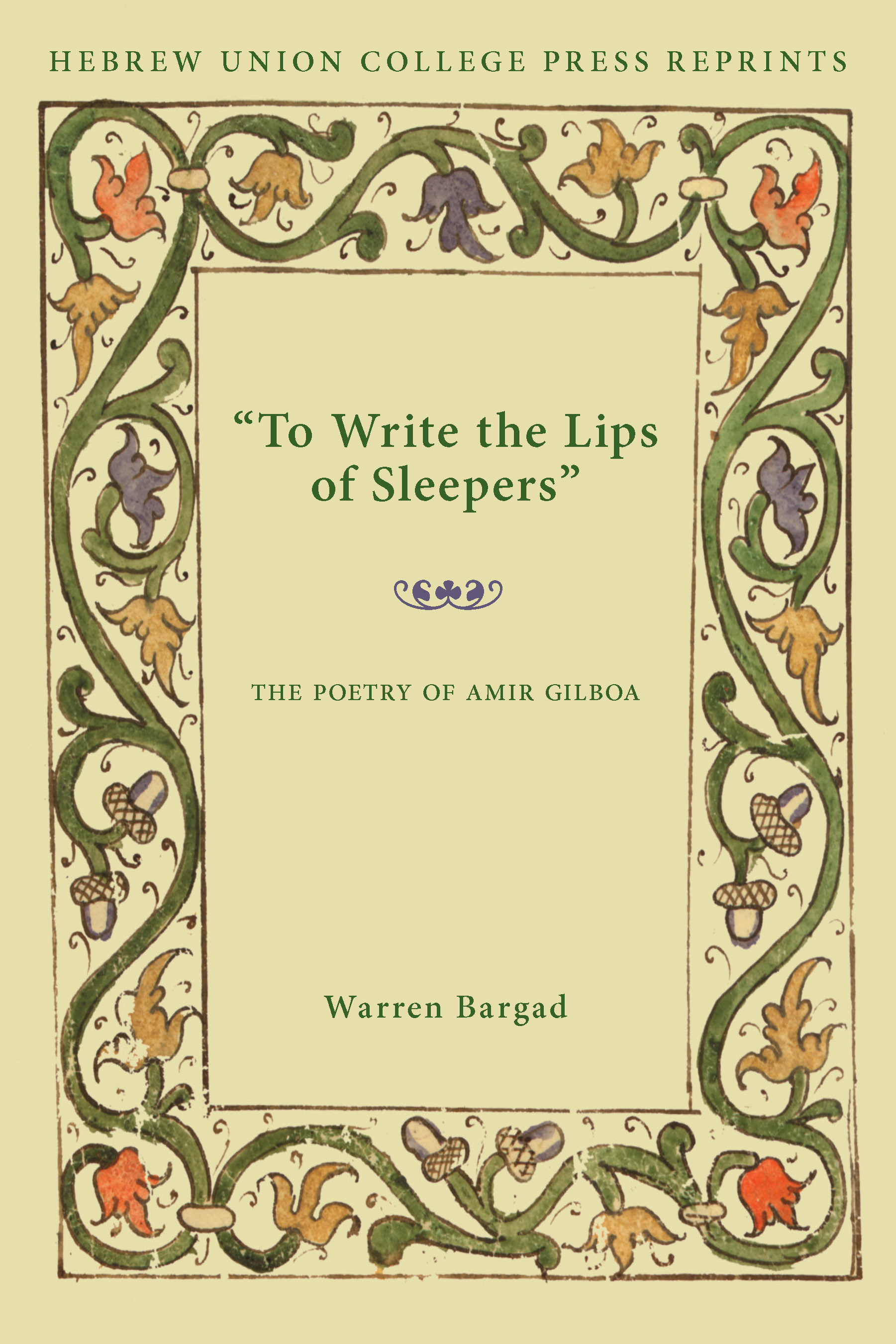 Monographs of the Hebrew Union College 17

In 1937, the young Yiddish poet Berl Feldman bade farewell to his family in Radzivil and emigrated to the land of Israel, where he became the Hebrew poet Amir Gilboa. In this comprehensive study, Warren Bargad describes and interprets Gilboa’s works at the various stages of his career and defines his place in the tradition of modern Hebrew poetry. Spanning nearly fifty years and collected in eight volumes, his works reflect the multiplicity of norms that dominated Israeli poetry in the thirties and forties as well as the personal artistic vicissitudes that moved Gilboa from one set of poetics to another in the course of his life’s work.

Bargad explains the romantic themes and lyrical style that characterize Amir Gilboa’s early poetry as the combined result of his leaving behind the strident tone of Yiddish proletarian verse and his fervid enthrallment with the Land of Israel as a source of spiritual, ideological, and personal fulfillment. Later, Gilboa experimented with other approaches: the poetics of figurative profusion in the 1940s, the poetics of ambivalence in his Holocaust poetry, the poetics of ideological lyricism in the 1950s, and the poetics of ambiguity in his later modernist phase. From the late 1960s until his death in 1984, Gilboa created a highly idiosyncratic blend of romantic preoccupations and new modernist structures.

Bargad addresses two additional dimensions of Gilboa’s poetry: its multiple linguistic strata and its autobiographical nature. Although Gilboa’s frequent borrowings from the language of Hebrew romanticism show his abiding attachment to the modes of expression of Bialik and his followers, the dominant narrative voice in all of Gilboa’s poetry is his own. He describes past experiences and everyday incidents—his frustrations, his delights, his sorrows. Even in his poems on biblical figures, where the poetic voice is most distanced, a live image of the poet emerges. The result is an interweaving of autobiography, even if a mythical one, and ancient history. The poems on poetry and the poetic process go much further, disclosing a virtually unmasked autobiographical voice, one which provides much of the force, fervor, charm, and poignancy of Gilboa’s unique style.

Warren Bargad was educated at Boston Latin School and Harvard College and earned his Ph.D. in Near Eastern and Judaic Studies at Brandeis University. He is the author of Ideas in Fiction: The Works of Hayim Hazaz (1982), Israeli Poetry: A Contemporary Anthology (with Stanley Chyet, 1986), and numerous articles on modern Hebrew literature. He has been a member of the faculty at Hebrew College in Boston, Hebrew Union College-Jewish Institute of Religion in Cincinnati, and the Spertus College of Judaica in Chicago, where he also served as Dean. Since 1985, Bargad has been the Samuel M. Melton Professor and Director of the Center for Jewish Studies at the University of Florida at Gainesville.