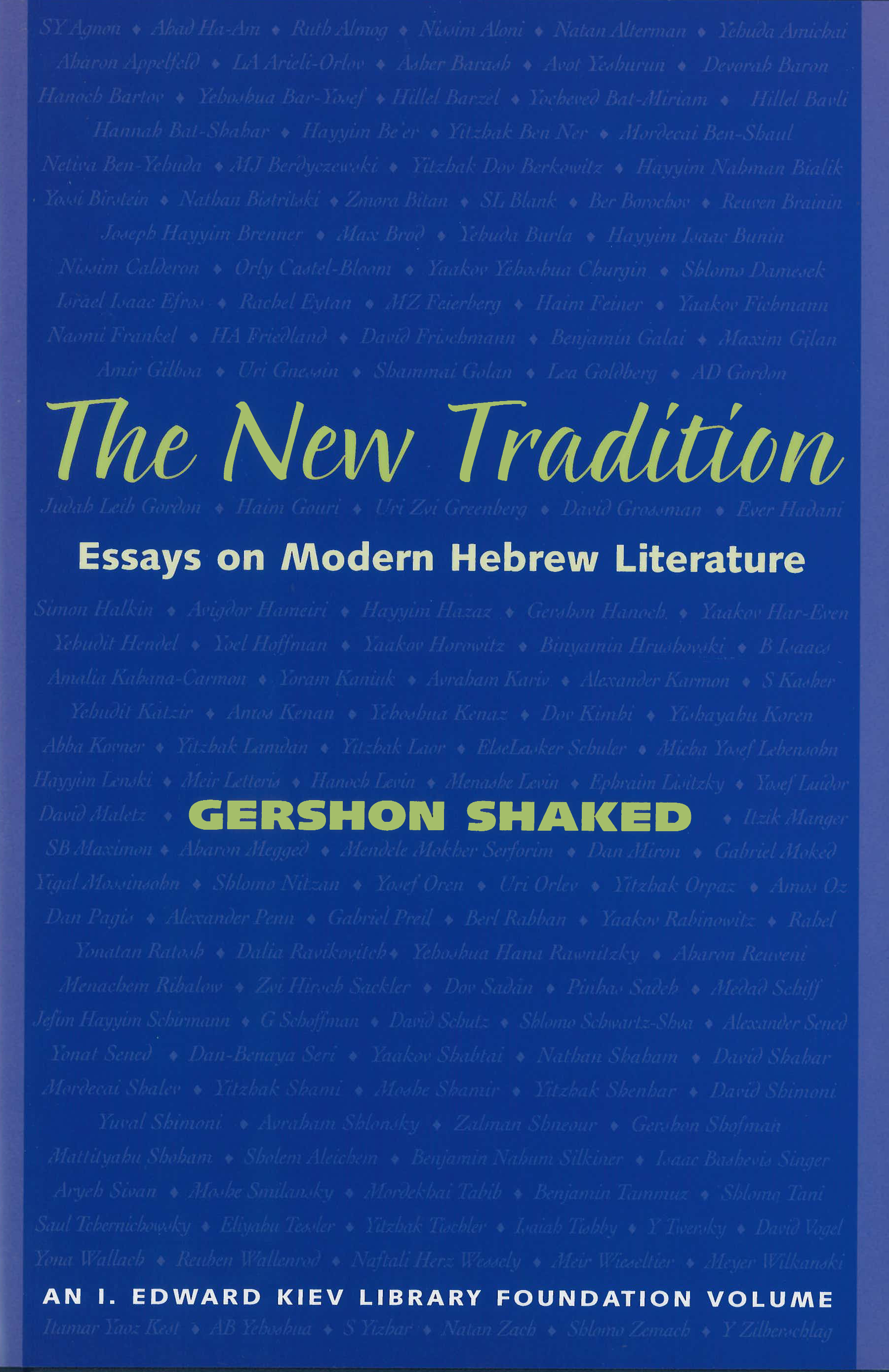 The Jewish struggle for survival as a spiritual entity after the cohesiveness of Jewish communal life began to disintegrate in the latter decades of the nineteenth century spawned a new tradition—a modern secular Hebraic cultural tradition. These seventeen essays by Israel’s esteemed literary critic, Gershon Shaked, explore the evolution of that new tradition, tracing its major processes and identifying central stages in the development of new canonical texts.

After introductory essays in which he defines Israeli secularism, explores the historical consciousness of the Israeli sensibility both in Israel and in the Diaspora, and comments on major trends in the development of Hebrew literature, Shaked describes the mythopoeic creativity of the Hebrew poet laureate Hayyim Nahman Bialik and of the major Hebrew playwright Mattityahu Shoham. He then explores the early literary associations of Yehuda Amichai, who transformed the exalted poetic idiom of the pre-state years into a sober, sensitive, accessible language.

Three essays each treat Medele Mosher Seforim and Shmuel Yosef Agnon. As the voice of the limping shlemazels of the shtetl, Mendele foretold the destruction of the eastern European Jewish community but offered no constructive alternative to its dismal prophecy. Agnon’s characters seek redemption by immigrating to Eretz Israel. His two works discussed here, “Agunot” (Forsaken Wives) and Shevu’at emunim (The Betrothed) suggest that, while it may be possible to take neurotic Jews out of the Diaspora, taking the Diaspora out of them is another matter.

A second set of essays is dedicated to Joseph Hayyim Brenner, an immigrant in the Second Aliyah who also wrote of displaced strangers trying to set down roots in a foreign environment, and Yitzhak Shami, an “Arab-Jew” who wrote about the mentality and lifestyle of the oriental Jewish communities of Palestine and Syria. The last chapter analyzes the work of an outsider, David Vogel. Although Vogel’s novel Hayyei nissu’im (Married Life) was written in Hebrew, its plot and characters are strongly reminiscent of the German-Jewish literary tradition.

Shaked’s analysis of the cultural processes underlying Hebrew literature’s major achievements in the late nineteenth and twentieth centuries not only sheds important light upon the major concerns of this new and secular literary tradition but also illuminates key aspects of modern Jewish culture.

Shaked’s breadth of knowledge and reading not only elucidates the writing he discusses. It spreads a broad backdrop for the understanding of modern Jewish history and Hebrew culture and literature as well. – Daniel Grossberg

Gershon Shaked was Professor of Hebrew Literature at the Hebrew University in Jerusalem and the author of more than thirty books of criticism in Hebrew and several other languages. He was awarded the Bialik Literary Prize in 1986, the Israel Prize for Literary Scholarship in 1992, and the Bahat Award for Non-Fiction in 2004.