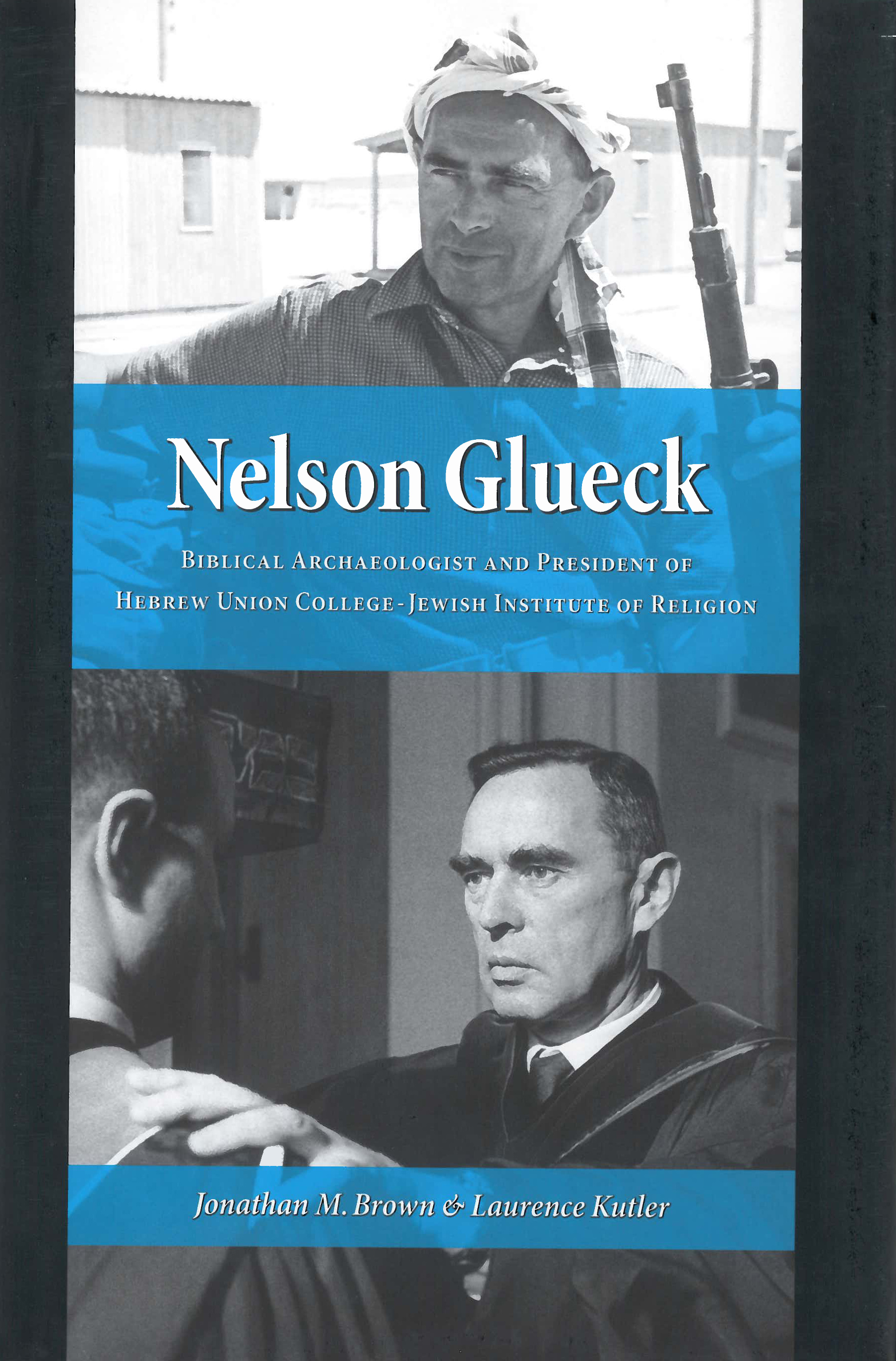 Nelson Glueck was born in 1900 to a struggling immigrant Jewish family in Cincinnati. By 1950, he had excavated remains of the civilization of the ancient Nabataeans in Transjordan, described a biblical copper-mining industry at the shore of the Red Sea, and shown how the Negev could support a large population if proper irrigation techniques were used. A personal friend of David Ben-Gurion, Abba Eban, Golda Meir, Henrietta Szold, and Judah Magnes, among other notables worldwide, this pioneer in the burgeoning field of biblical archaeology was known affectionately in the nascent state of Israel as “Ha-Professor” (the Professor).

By 1950, Glueck was also well into his long tenure (1947-1971) as president of Hebrew Union College, the institution that had ordained him as a Reform rabbi in 1923 and supported his further studies toward the doctorate he earned in 1927 at the University of Jena in Germany. As president, Glueck oversaw the merger of HUC with the Jewish Institute of Religion. He expanded the Cincinnati-based institution to include schools in New York, Los Angeles, and Jerusalem. He encouraged the creation of the Schools of Jewish Communal Service and Jewish Education in California. And he founded and nurtured the School of Biblical and Archaeological Studies in Jerusalem, which now bears his name.

Jonathan Brown and Laurence Kutler describe and document Nelson Glueck’s many achievements and also record some of the fascinating adventures of this extraordinary charismatic man whose life straddled two distinct Jewish worlds.

Jonathan Brown received his B.A. from Yale and his rabbinical ordination from HUC-JIR, Cincinnati. He currently serves a congregation in Winchester, Virginia. Rabbi Brown is the author of Modern Challenges to Halakhah and articles in theJournal of the Central Conference of American Rabbis. Laurence Kutler, a Jewish Day School administrator, received his Ph.D. in Near Eastern Languages and Literature from New York University and has taught courses in Hebrew, Bible, and Archaeology at the University of San Diego, Kent State University, and Old Dominion University.