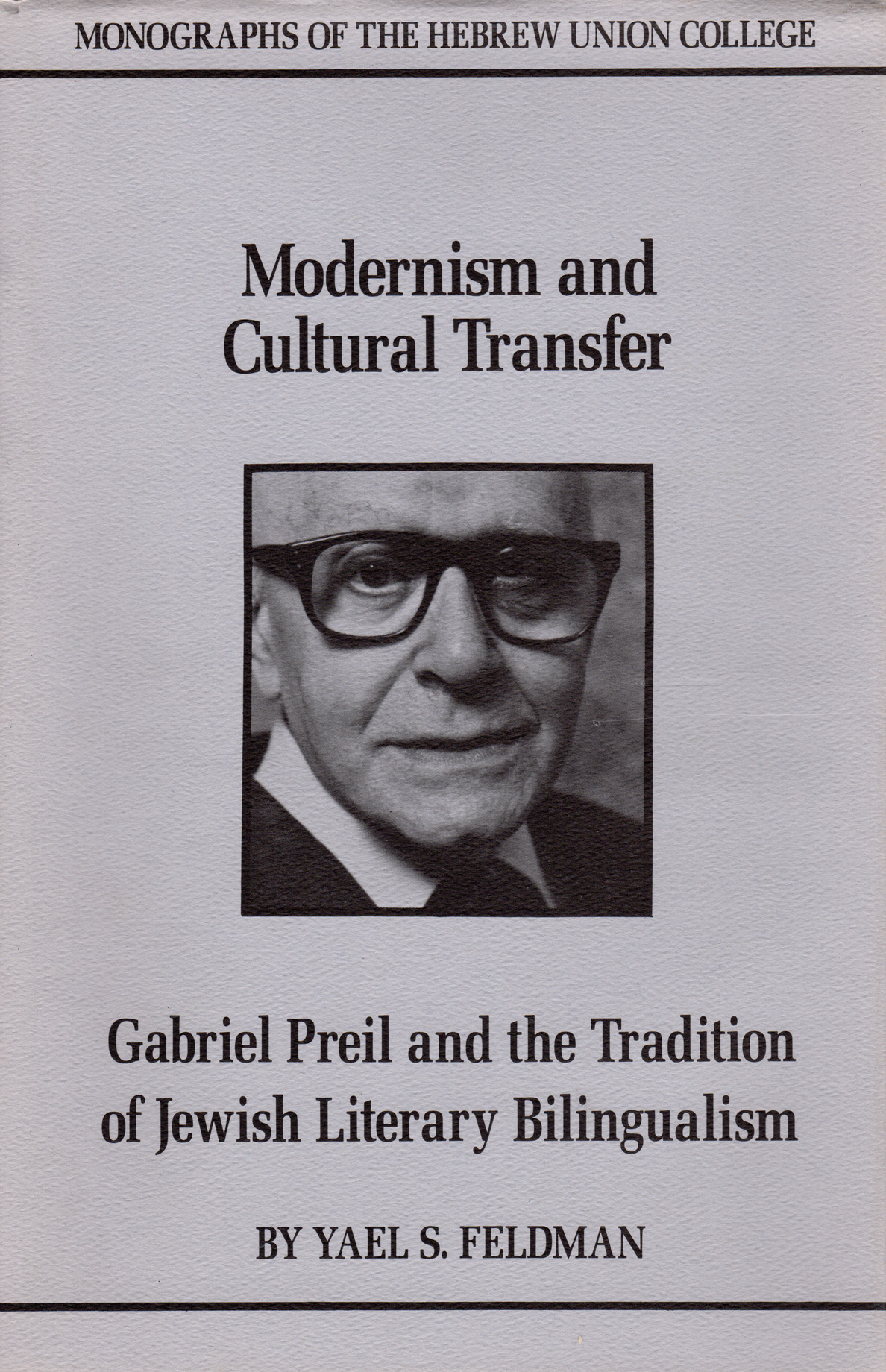 Monographs of the Hebrew Union College 10

It was twentieth-century Modernism that introduced bilingualism into the literary arena. Used as a means for the contradictory aims of universalizing or individualizing the literary idiom, this practice was clearly part of the revolt against nineteenth-century Romanticism and nationalism. In contrast, Jewish bilingualism is rooted in the long history of exilic existence; its modern phase, moreover, is intimately related to the national revival of the Jewish people. As such, it fulfilled a unique role: time and again, literary experiments were conducted first in Yiddish, the spoken language, and later transferred to Hebrew, the “romantic classical” language of the national renaissance.

The significance these transfers had for the historical poetics of Hebrew cannot be overestimated. They were instrumental in making what was a “scriptural” literature only a century ago into the modernized, lively literature we know today. Yet Hebrew did not give in easily. It was not until the 1950s, for instance, that Israeli poetry caught up with the poetic understatement of Western Modernism.

Two decades earlier, however, Hebrew Modernism did make a breakthrough in America. It was Gabriel Preil, a Lithuanian-born resident of New York, who helped modernize Hebrew verse without so much as visiting the Land of Israel. The emergence of his imagistic free verse in the thirties and forties constituted a bold departure from the classical-romantic norms of Hebrew at the time. Thereafter Israeli modernists adopted him as a precursor, naturally attributing his innovations to the influence of Anglo-American imagism. But there is more to it than that. For Preil, who is currently approaching his 75th birthday, is, in fact, the latest link in the Jewish tradition of intracultural transfer. As this study shows, he absorbed his poetic modernism from the New York Yiddish Modernists, thereafter transferring it to Hebrew via his autotranslation and dual compositions.

Yael Feldman here sheds light on this particular, and possibly last, instance in the history of Jewish bilingualism. Yet the significance of her work extends beyond the poetics of Hebrew literature. For it offers unique insights into both the mechanism of literary transfer and the constraints operative within it. In addition, it follows Preil’s recent “metapoetic” journey to the borders of imagism and back, thereby illuminating the risks of limitation and dehumanization that have always plagued “pure” imagism. Finally, it shows how Preil’s  life work recapitulates the complex evolution of Western poetic Modernism with all its inherent paradoxes.