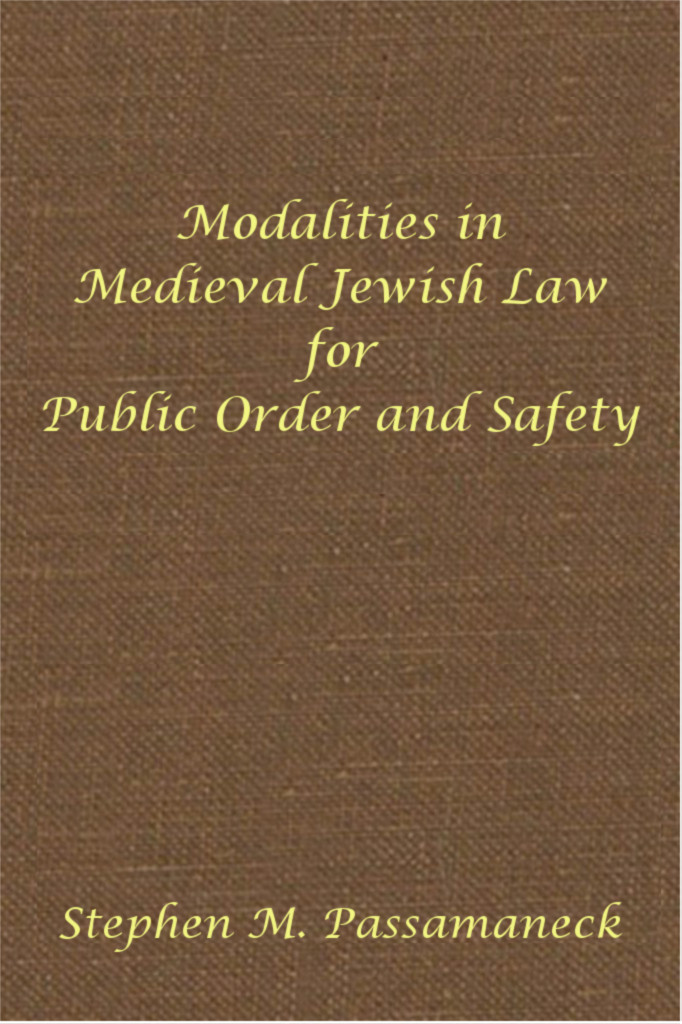 The history of medieval Jewry presents one inescapable fact: the Jews were a people apart. No matter where or when we find a Jewish community in the Middle Ages, it was an alien enclave within a host society which was sometimes cordial to it and sometimes not. Jews were a foreign element that managed their own communal affairs, creating religions, educational, and charitable institutions, mechanisms for collection and disbursement of taxes to the host government, and various systems for internal governance and the administration of justice. The Jews governed themselves and dispensed justice in so far as possible according to halakhah, their ancient internal legal system. This legal system was the subject of devoted and loving study and careful enhancement over the centuries by skillful interpretation, by mixture of local customs, and by local ordinances, which helped the system keep pace with changing circumstances.

Modalities in Medieval Jewish Law includes chapters on punitive modalities, preventive and coercive modalities, and protective modalities, as well as appendixes on “A Plea for Calm,” “The Arresting Officer,” and “Human Rights and Kavod Habriut” and a comprehensive bibliography. Passamaneck’s discussion exposes some of the less exalted or inspiring episodes of medieval Jewish history. Some of what was done, or was proposed to be done, was cruel and inhuman by modern standards. Some of it does not rise to a modern standard of legality, but the medieval world did not run according to our rules, and necessity overrode moral idealism from time to time even among the most sensitive, learned, and pious of our ancestors. The rabbis well understood that they were to pursue justice, but justice was justice for the greater good of the people as a whole, not necessarily for the individual. Doubtless we would not often do as they did. Yet they are by no means to be faulted or derogated for their defense of their standards of public order, safety, and, indeed, decency.