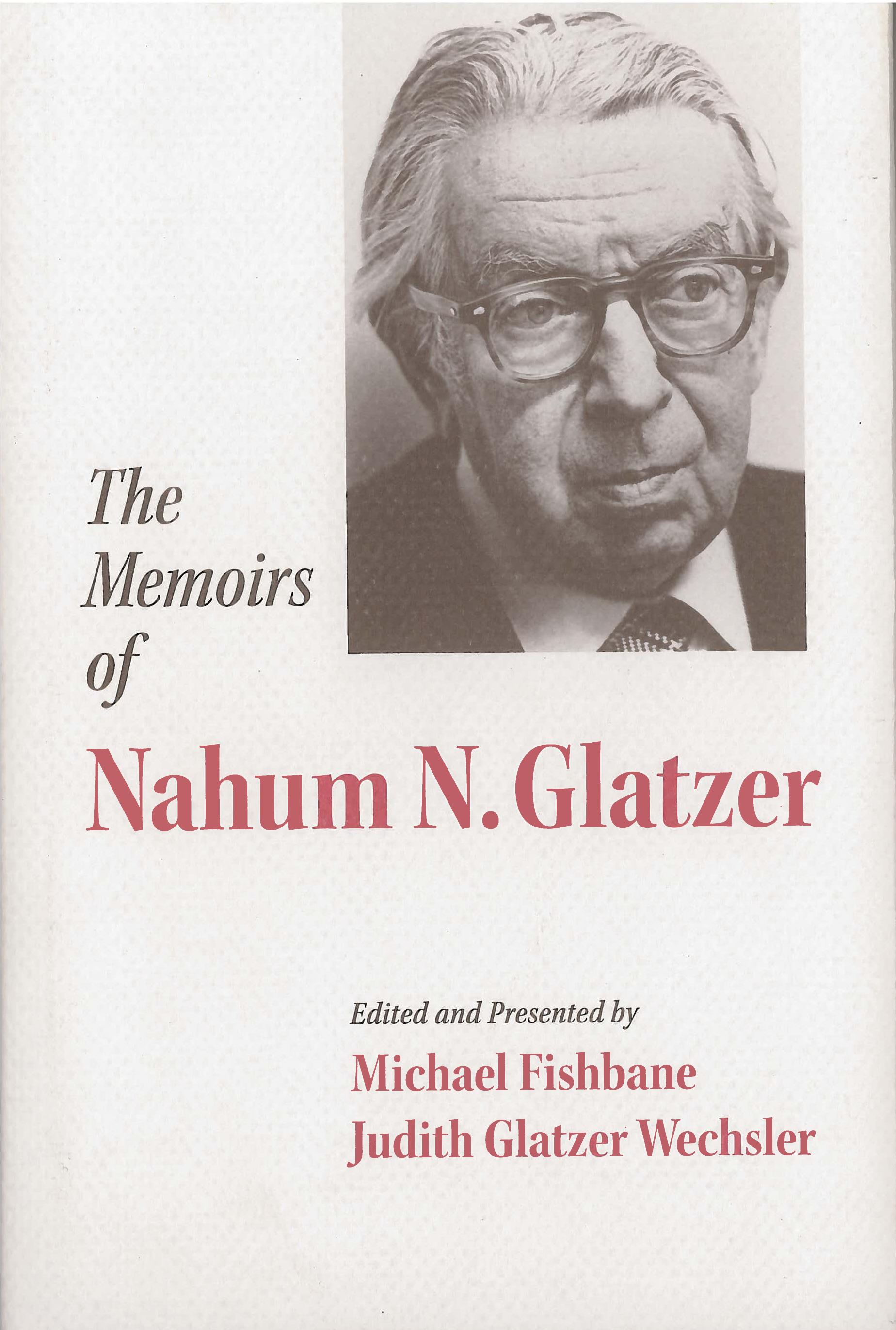 Edited and presented by Michael Fishbane and Judith Glatzer Wechsler

The geographic, spiritual, and intellectual journeys of Nahum N. Glatzer (1903-1990)—prolific scholar, Brandeis University professor, and editor of the Schocken publishing house—reveal a rich cultural ambiance that no longer exists, as well as a breadth of perspective and learning that remains enviable in our time.

This collection of 78 memoir entries, written as a document for his family, offers personal glimpses of Nahum Glatzer which complement his scholarship. Episodes and vignettes in chronological sequence recount the decisive events of his travels from Bodenbach to Boston and from strict Orthodoxy to a more historical, cultural, and aesthetic understanding of Judaism. Anecdotal and at times humorous accounts of some of the many outstanding personalities Glatzer knew and interacted with, including Martin Buber and Franz Rosenzweig, two of the leading German-Jewish thinkers of the twentieth century. Glatzer also relates a variety of his experiences and expressions of faith, both personal and social. The events themselves become moments of religious psychology or theological insight. For Glatzer, as for Rosenzweig, the world was transformed by speech and the realities brought into existence through it.

Michael Fishbane’s detailed introduction sets these memoirs, from the final decades of Glatzer’s life, in the context of his life and work. A preface by Judith Glatzer Wechsler offers personal reflections on the character of her father and his work.

This magnificent collection of memoirs by a great Jewish scholar is a gem. Read it and ask your friends to read it. They will be grateful for discovering the mind and soul of a rare interpreter and commentator who has enriched many generations of students and teachers. – Elie Wiesel

Michael Fishbane received his Ph.D. from Brandeis University and serves as Nathan Cummings Distinguished Service Professor of Jewish Studies in the Divinity School of the University of Chicago. Judith Glatzer Wechsler is an art historian, primarily of 19th century French art.