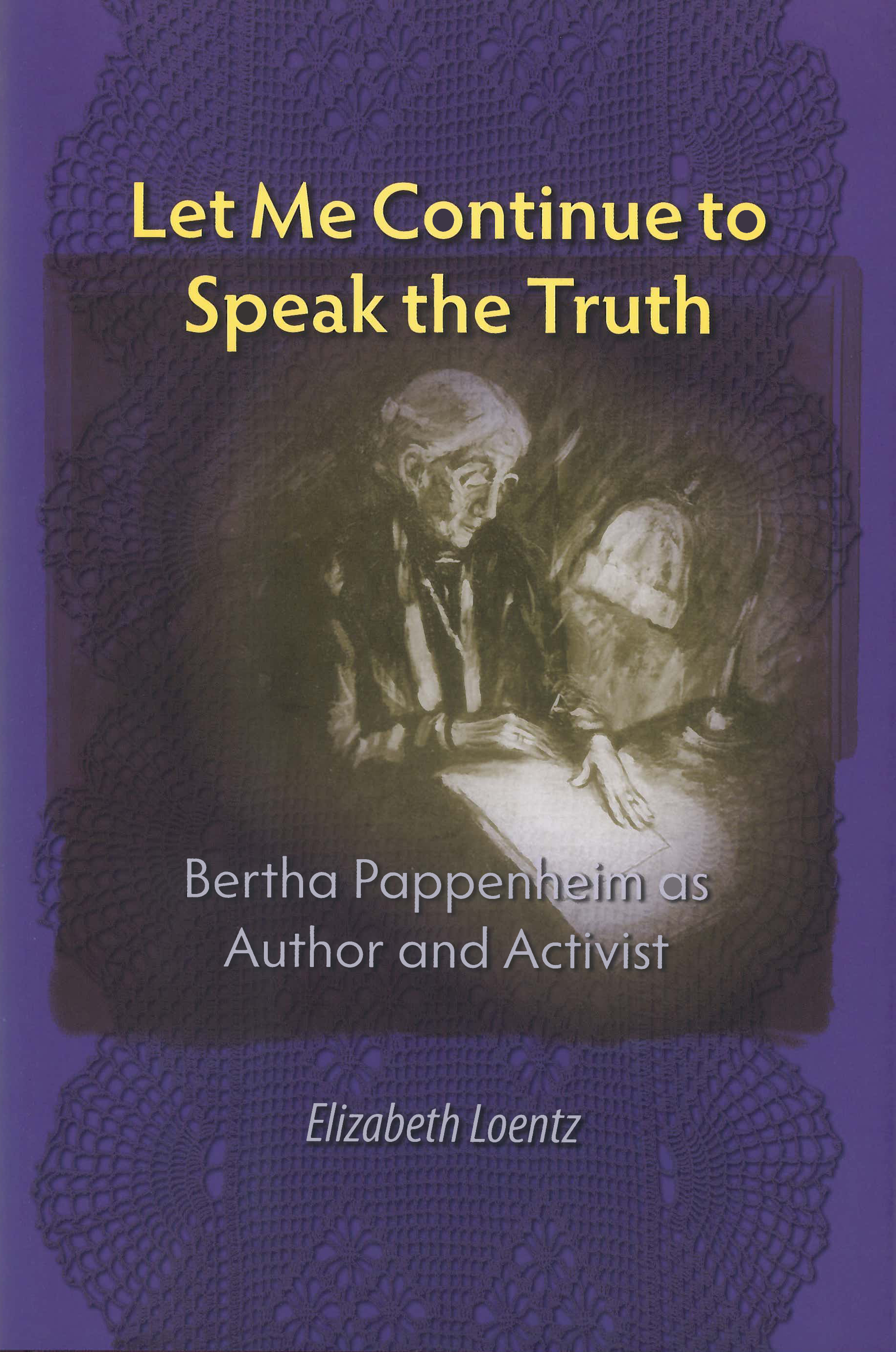 Monographs of the Hebrew Union College 34

In 1953, Freud biographer Ernest Jones revealed that the famous hysteric Anna O. was really Bertha Pappenheim (1859-1936), the prolific author, German-Jewish feminist, pioneering social worker, and activist. Elizabeth Loentz directs attention away from the young woman who arguably invented the talking cure and back to Pappenheim and her post-Anna O. achievements. Her writings, especially, reveal her to be one of the most versatile, productive, influential, and controversial Jewish thinkers and leaders of her time.

Pappenheim’s oeuvre includes stories, plays, poems, prayers, travel literature, letters, essays, speeches, and aphorisms. She translated Mary Wollstonecraft’s Vindication of the Rights of Women as well as the Memoirs of Gluckel of Hameln and other Old Yiddish texts into German. She was discussed as both writer and newsmaker in German-Jewish newspapers of every religious and political affiliation and in German feminist publications. As founder and leader of the League of Jewish Women in Germany and the international League of Jewish Women, she was at the forefront of the campaign to combat human trafficking and forced prostitution. A pioneer of modern Jewish social work, she founded a home for at-risk girls and unwed mothers and advocated on behalf of Jewish women, children, refugees, and immigrants. Her accomplishments are all the more remarkable because she attained them after struggling to recover from the debilitating mental illness chronicled in Freud and Breuer’s Studies on Hysteria (1895).

Loentz examines how Pappenheim engaged, in words and deeds, with the key political, social, and cultural issues concerning German Jewry in the early decades of the twentieth century: the status of the Yiddish language, Zionism, the conversion epidemic, responses to the plight of Eastern European Jews, and Jewish spirituality. Pappenheim’s unique approach to each of these issues balanced allegiances to feminism, the Jewish religion, and German culture. Loentz also explores how biographers and artists have rediscovered Pappenheim, rewritten her life story, and renegotiated her identity.

In a moving Afterword, Loentz considers how Pappenheim’s words live on in the 2003 reissue of her Prayers by Elsa Klapheck and Lara Dämmig, one of which was read in Berlin as the invocation at the opening session of Bet Deborah, the Third European Jewish Women’s Conference of Rabbis, Jewish Politicians, Activists, and Scholars. More than half a century after her death, Pappenheim continues to inspire: “Strength, strength / Let me, in breath and heartbeat / Be filled by the rhythm / That carries justice and

Elizabeth Loentz received her Ph.D. from Ohio State University and serves as Associate Professor and Director of Graduate Studies at the University of Illinois, Chicago.