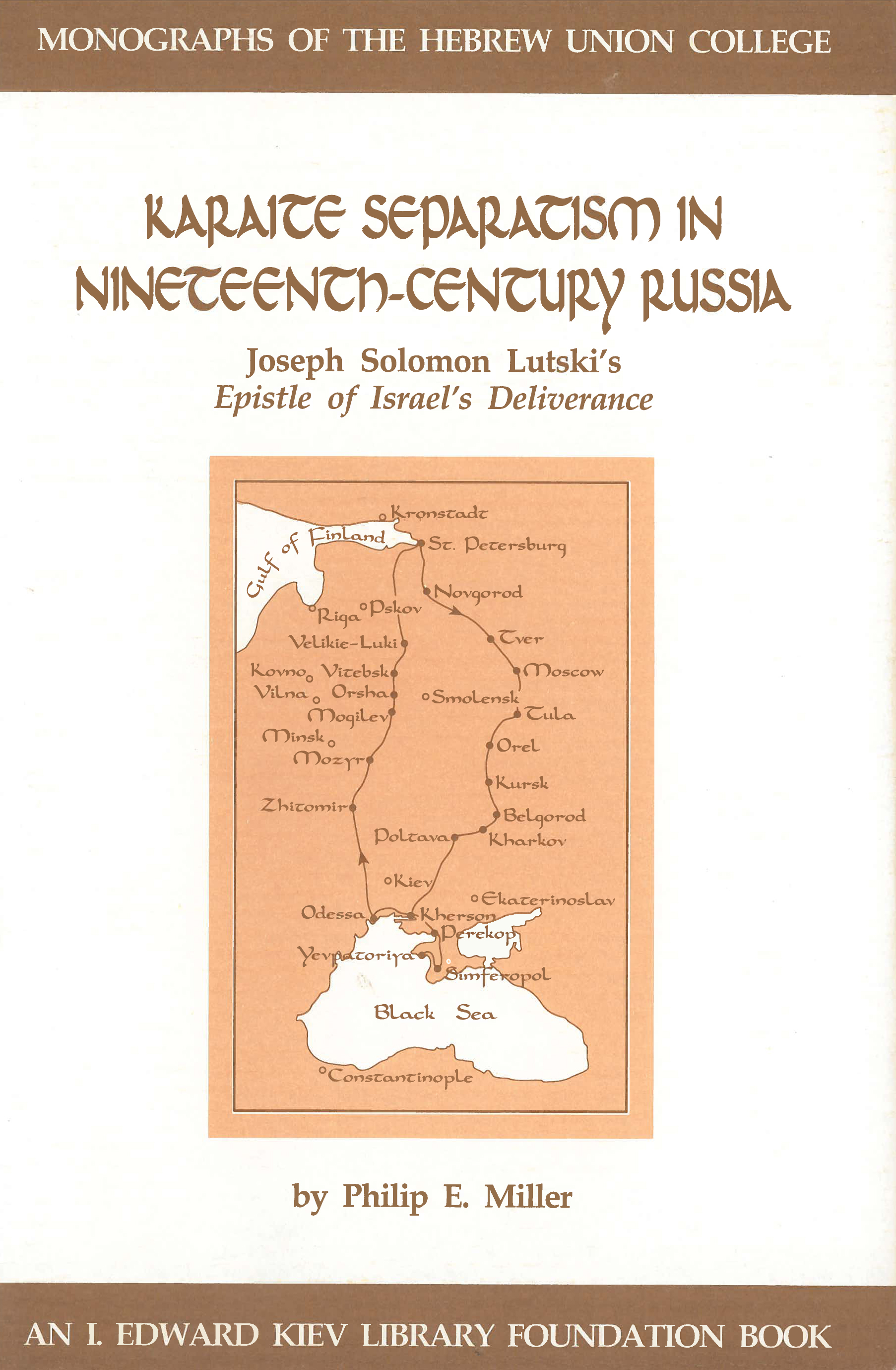 Monographs of the Hebrew Union College 16

When the Karaites successfully dissociated themselves from the Rabbanite Russian Jews with the creation of the Karaite Religious Consistory in 1837, the result was a schism within Judaism unprecedented since the rise of Christianity. Philip E. Miller sets this event in the context of the history of the Russian Karaites from their origins to the present, focusing on economic and political concerns that led to the schism. The Karaites’ separatism shielded them from the horrific fates suffered by the Rabbanites under the tsars, under Hitler, and under Stalin, but it ultimately led to their nearly complete assimilation and disappearance as a people.

The central character in Miller’s study is Simchah Babovich, a Crimean Karaite whose wealth and prominence enabled him to curry favor with the imperial Russian government. In 1827, Babovich traveled to St. Petersburg on behalf of the Karaite community and petitioned the tsar for exemption from military conscription legislation that applied to all Jews in the realm. Accompanying him on the journey was Joseph Solomon ben Moses Lutski, the leading Karaite religious scholar of Evpatoriia. Lutski’s chronicle of the mission, the Iggeret teshu’at Yisrael (Epistle of Israel’s Deliverance), is reprinted here as an annotated Hebrew text with English translation. In colorful detail, the Iggeret records the delegation’s travel adventures, their activities as guests and tourists in the imperial capital, the swift granting of Babovich’s request, and the Karaites’ euphoric reaction when the successful petitioners arrived back home in Evpatoriia.

This pioneering work provides access to and context for an important primary source for the study of Russian Jewish history and the history of the Karaite sect.

Miller’s lucid introduction, his edition of the Hebrew text and facing page translation, abundant annotation, and appendices make this a pioneering work of its kind. – Daniel Frank

Philip E. Miller received his Ph.D. in Near Eastern Languages and Literature from New York University in 1984 and is the author of numerous articles on the Karaites. He has served as Librarian of the Klau Library of HUC-JIR in New York since 1978.