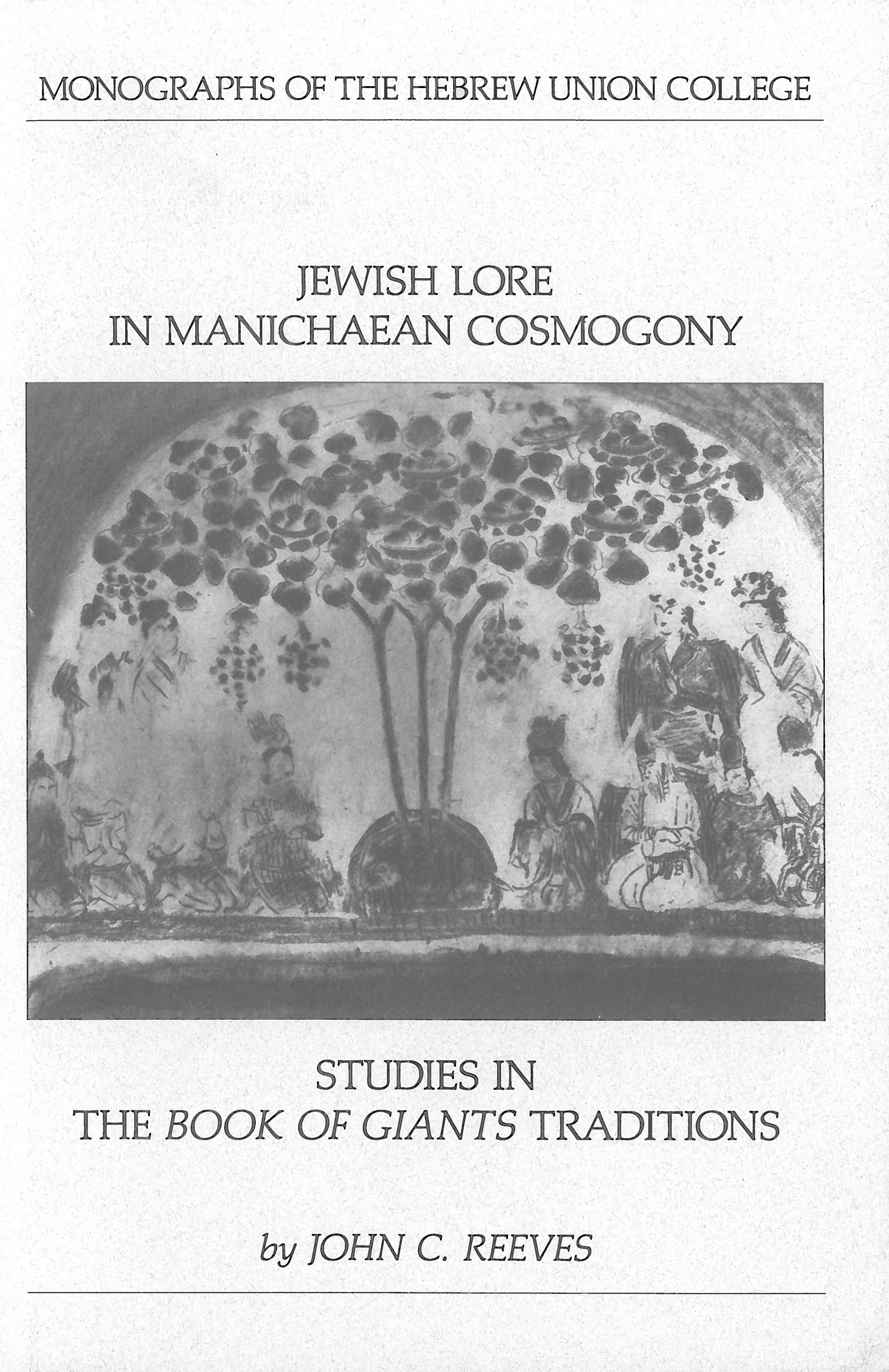 Monographs of the Hebrew Union College 14

A work entitled the “Book of Giants” figures in every list of the Manichaean “canon” preserved from antiquity. Both the nature of this work and the intellectual baggage of the third-century Persian prophet to whom it is ascribed remained unknown to scholars until 1943, when fragments of several Middle Iranian versions of the Book of Giants were published by W. B. Henning. Twenty-eight years later, at Qumran, J. T. Milik discovered several copies of a fragmentary Aramaic work which is unquestionably the precursor of the later Manichaean recension. One other important work, Mani’s “autobiography,” the so-called Cologne Mani Codex, was brought to scholarly attention in 1970 with evidence that Mani spent his youth among the Elchasaites, a Judeo-Christian sect that observed the Sabbath, strict dietary laws, and rigorous purification practices. Although leading Orientalists of the nineteenth and twentieth centuries have consistently stressed the Iranian component in Mani’s thought, Reeves argues, in the light of evidence drawn from the above-mentioned discoveries and from a rich panorama of other textual sources, that the fundamental structure of Manichaean cosmogony is ultimately indebted to Jewish exegetical expansions of Genesis 6:1-4.

Reeves begins with an examination of the ancient testimonies about the contents of Mani’s Book of Giants. Then, using documents from Second Temple Judaism, classical Gnostic literature, Christian and Muslim heresiological reports, Syriac texts, and Manichaean writings, he provides a detailed analysis of both the Qumran and Manichaean rescensions of the work, demonstrating additional interdependencies and suggesting new narrative arrangements. He addresses a series of quotations from an unnamed Manichaean source found in a paschal homily of the sixth-century Monophysite patriarch Severus of Antioch and a narrative from Thoeodore bar Konai. In sum, Reeves demonstrates that the motifs of Jewish Enochic literature, in particular those of the story of the Watchers and Giants, form the skeletal structure of Mani’s cosmological teachings, and that Chapters 1 to 11 of Genesis fertilized Near Eastern thought, even to the borders of India and China.

John C. Reeves specializes in the history of religion in late antiquity. He earned his Ph.D. from HUC-JIR and serves as Blumenthal Professor of Judaic Studies at The University of North Carolina at Charlotte.