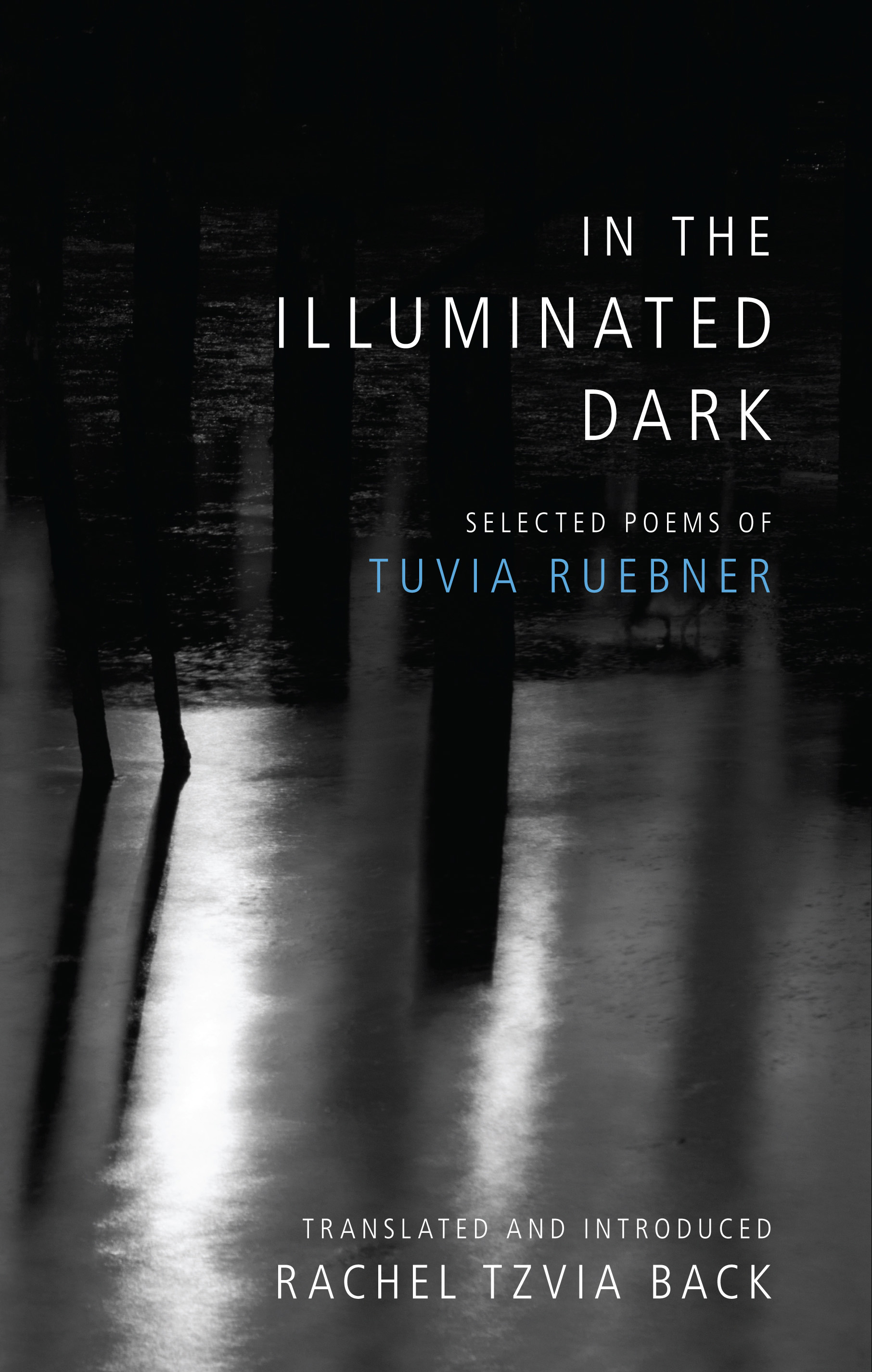 translated and introduced by Rachel Tzvia Back

Loss defines the crossbeams and chronicles of Tuvia Ruebner’s life. Born in 1924 into a semi-secular Jewish family in Slovakia, Ruebner was also born into the catastrophe that would follow—the extermination of European Jewry and of his own family in the Holocaust. Hitler became chancellor of Germany on Ruebner’s ninth birthday. Six years later, the race-laws enacted in Slovakia banned all Jewish students from school, and Ruebner’s formal education ended with ninth grade. His involvement in the Socialist-Zionist youth movement bought him a ticket out to Palestine and, in 1941, the seventeen-year-old bid his family farewell at the Pressburg Bratislava train station, unaware that he would never see them again.

The disasters of the twentieth century swept Ruebner from Europe to Israel, from German to Hebrew, from the familiar to the strange. Despite his truncated formal education, he became a poet and man of letters in Israel’s fledgling intellectual community alongside other Jewish immigrant-refugee-survivors like Ludwig Strauss, Werner Kraft, Lea Goldberg, and Dan Pagis, eventually gaining international esteem as professor of comparative literatures at Haifa University and as translator of Nobel prize winner S.Y.Agnon’s stories into German. Ruebner’s early work in Israel took shape in German, the language he spoke to his lost beloveds and the language of Kafka, Hoelderlin, and Rilke, whose work he loved, a language that protected him from the overwhelming strangeness of his new land and life. He began composing poetry in Hebrew in the 1950s, beginning a life-long relationship with the newly-revived ancient tongue. The result: fifteen poetry collections in Hebrew, from The Fire in the Stone in 1957 to Last Ones in 2013, a poetic oeuvre that has received countless awards and accolades in Israel and Europe alike and has established Ruebner as an elder of the tribe.

Ruebner’s poetry offers us an exquisite and indispensable voice of the twentieth century. His little sister, murdered in Auschwitz, and his youngest son, who disappeared in South America, wander unceasingly through his poems. Beyond the personal losses, the devastation of the century informs all of his work. Textual rupture and fragmentation echo historical rupture and fragmentation. The wonder of Tuvia Ruebner is that, after a lifetime of loss and tragedies, he remains open to the possibility of happiness. This openheartedness accommodates the many paradoxes and conflicts of life and infuses his poetry with an enduring and encompassing compassion for the lost and for the living alike.

Rachel Tzvia Back’s graceful translations of select poems representative of Ruebner’s seven-decade poetic trajectory are ever-faithful and beautifully attuned to the Hebrew originals, even as they work to create a new music in their English incarnations. Her comprehensive introduction and annotations supply the context in which these poems were produced. This first-ever bilingual edition, published as Ruebner marks his 90th birthday, gives readers in both Hebrew and English access to stunning poetry that insists on shared humanity across all border lines and divides.

Tuvia Ruebner is one of the major Israeli poets of his generation, and an indispensable voice of modern Jewish experience. Like Paul Klee’s angels, about whom he writes so beautifully, he comes to us “entangled and honed, burgeoning inward.” His poems are postcards which seem to have arrived years after they were sent, yet they bear the immediate historicity and intimate lyricism of an elegy composed at the moment of loss. Brilliantly rendered into English by Rachel Tzvia Back, Ruebner’s poetry continually reminds us of “All this beauty / Despite despite.”   – Norman Finkelstein, author of “On Mount Vision: Forms of the Sacred In Contemporary American Poetry”

Tuvia Ruebner’s deeply felt, carefully made, utterly necessary poems―many of them broken-hearted elegies, devastating litanies―are balanced on the edge of an abyss. The losses keep rising up; they are impossible to repress. And yet, this cosmopolitan singer, this inheritor of the German lyric, keeps turning to art for consolation, to poetry itself, to the ancient act of making. What a great gift Rachel Tzvia Back has given us by bringing from Hebrew into English these mournful human poems, these guilty survivals, which look into the abyss and rescue beauty from oblivion. – Edward Hirsch, President, John Simon Guggenheim Memorial Foundation

Tuvia Ruebner’s moving poems, beautifully translated by Rachel Tzvia Back, transform the dark matter of personal loss and history into cosmologies of light and clarity. They shine there besides those of his contemporaries, Amichai, Pagis and Carmi. In a late poem Ruebner asks: “what would we do with the hunger for the right words.” This collection is a profound and powerful answer. A marvelous gift has been given to us readers of English. – Michael Heller, author of “This Constellation Is A Name: Collected Poems 1965-2010”

With a haiku’s precision, abstraction, and infinite beauty, Ruebner captures the heartwrenching moments that tie a person to his landscape and home, moments which reveal themselves with all their mammoth dimensions only decades later, after that landscape is no more. I have never read as poignant a description of the wait for a phone call or a letter; the bond with a little sister whose very essence runs through her brother’s blood; or the experience of longing…. the raw existentialism of his poetry, through its striking images, musicality and understatement, transcends itself and becomes, in a way, divine. – Nili Gold, author of “Yehuda Amichai: The Making of Israel’s National Poet”

In the Illuminated Dark immortalizes the work of a major Hebrew poet of the Holocaust generation. I share in the applause for this culturally significant achievement. – Janice Silverman Rebibo, World Literature Today

Tuvia Ruebner is Professor Emeritus of Comparative Literature at Haifa University, winner of the Israel Prize, and translator of the works of S. J. Agnon, Goethe, Ludwig Strauss, and Friedrich Schlegel. Rachel Tzvia Back is a poet, translator, and professor of literature at Oranim College.