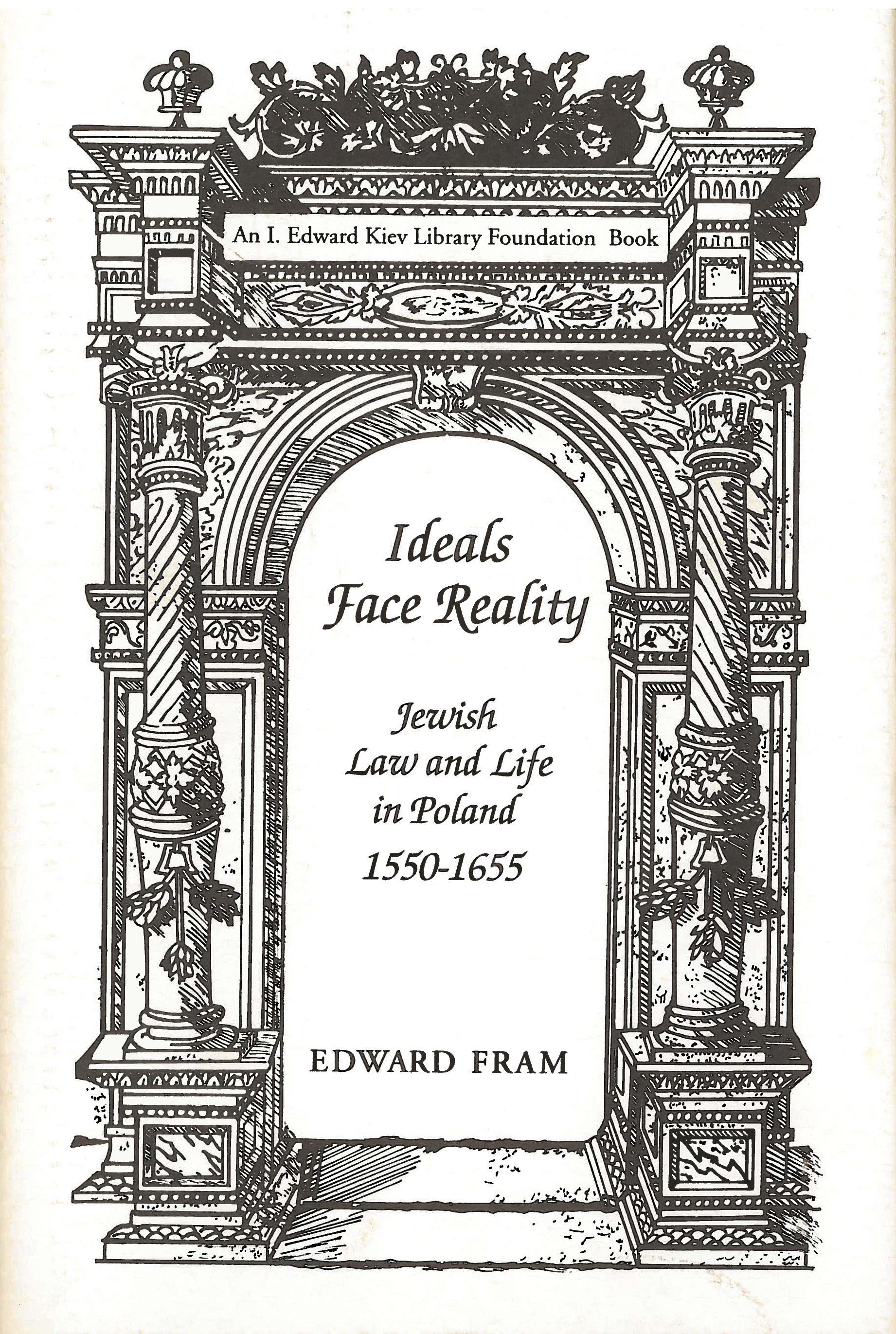 Monographs of the Hebrew Union College 21

Jewish life in early modern Poland was characterized by an adherence to Jewish law (halakhah) that Polish Jewry had inherited from medieval Franco-German Jewry, and almost all aspects of Jewish activity, even the most personal of matters, fell within its purview. Jewish law remained constant throughout the ages in some areas, but in others rabbis were forced to reinterpret it in light of the complexities of contemporary life.

Edward Fram draws upon the ordinances of Polish Jewry’s political leadership, Polish legal records, and the responsa of some of the outstanding poseqim of the sixteenth and seventeenth centuries to show how Polish jurists responded to those complexities. His case studies, gleaned from a period of exceptional creativity in the annals of Polish Jewry, deal with weddings on the Sabbath, the rights of daughters to familial wealth, women in the marketplace, the personal reliability of those who dealt in the sale of kosher wine, competition among Jews for sources of livelihood obtained through leases (arendy), the transfer and payment of personal debts via bills payable to bearers (membrany), and personal insolvency.

Concerned with the needs of the underprivileged as well as those of the marketplace, these rabbis struggled to maintain the integrity of Jewish communal life and to preserve the tradition they perceived to represent divine law. Particularly in commerce, failure to observe Jewish law or at least the independent direction taken by the lay leadership often became the basis for communal legislation and practice. Fram shows how the Polish community, at times consciously and at times unconsciously, transformed some of its traditional values until they may have been unrecognizable to Jews from an earlier age.

This informative and well-written book—easily accessible to those unskilled in the intricacies of Talmud study, for which Polish Jewry was famed—is an important contribution to the field of Polish Jewish history. – Slavonic and East European Review