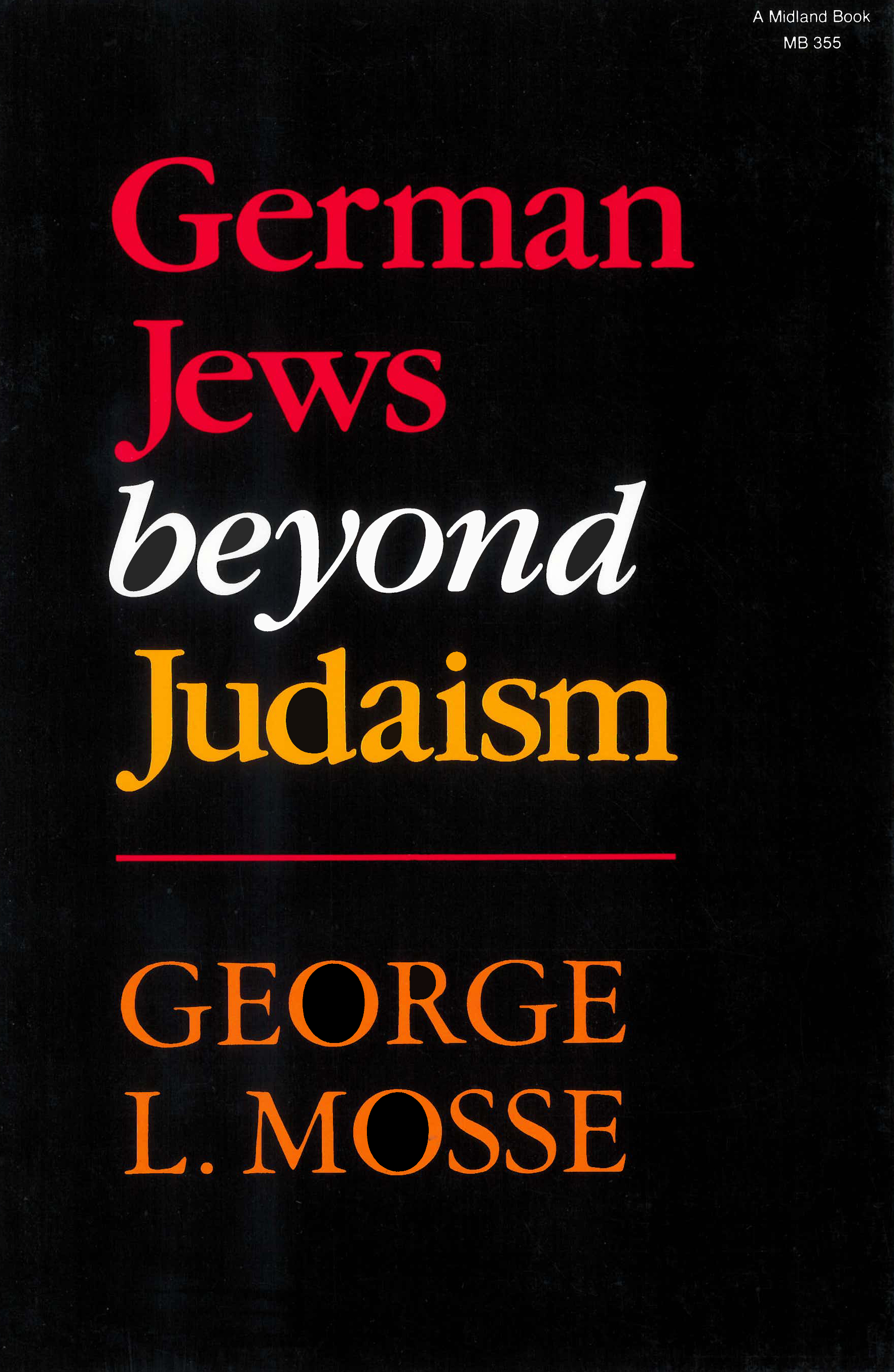 Jews were emancipated at a time when high culture was becoming an integral part of German citizenship. German Jews felt a powerful urge to integrate, to find their Jewish substance in German culture and craft an identity as both Germans and Jews. In this reprint edition, based on the 1983 Efroymson Memorial Lectures given at Hebrew Union College-Jewish Institute of Religion in Cincinnati, George Mosse argues that they did this by adopting the concept of Bildung—the idea of intellectual and moral self-cultivation—and combining it with key Enlightenment ideas such as optimism about human potential, individualism and autonomy, and a connection between knowledge and morality through aesthetics. Personal friendships could be devoted to common pursuit of Bildung and become a means of overcoming differences, becoming a means for integration into German society.

Mosse traces how Jewish artists, writers, and thinkers actively sought to participate in German culture and communicate these ideals through popular culture, scholarship, and political activity. From the historical biographies, novels, and short stories of Stefan Zweig and Emil Ludwig; to the psychoanalysis of Freud, which sought to subject irrationality to reason; to the revolutionary thought of Walter Benjamin—Jews sought to influence a mass political culture that was fast drifting into irrationality. As individualism was subsumed into nationalism, and eventually the German political right’s racist version of nationalism, German-Jewish dialogue became more difficult. Jews remained idealistic as German society became less rational, their ideas corresponded less and less to the realities of German life, and they drifted out of the mainstream into an intellectual isolation.

Yet out of this German-Jewish dialogue, what had once been part of German culture became a central Jewish heritage. The ideal of cultivating a personal identity beyond religion and nationality, the liberal outlook on society and politics, and the desire to transcend history by stressing what united rather than divided individuals and nations infiltrated Jewish life became an inspiration for many men and women searching to humanize their society and their own lives. Mosse’s lectures trace the emergence of a form of Jewishness which resisted cultural ghettoization in favor of the pursuit of that which is universally human.

George L. Mosse (1918-1999) was an American cultural historian and taught at the University of Wisconsin-Madison.