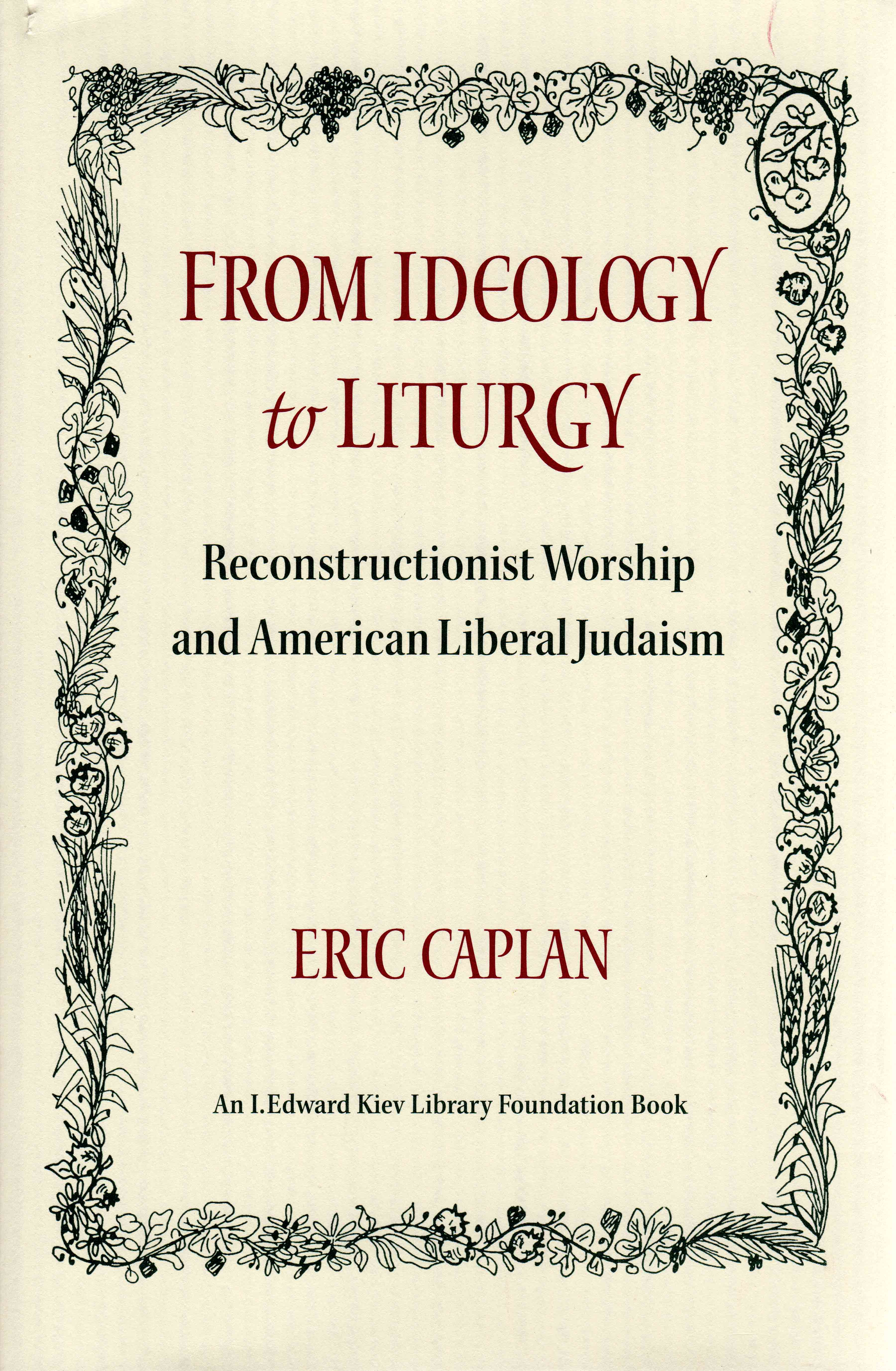 In this first systematic and comprehensive analysis of its official prayer materials, Eric Caplan examines Reconstructionist Judaism’s interpretation and adaptation of the traditional Jewish liturgy and creation of new prayer texts to reflect its changing ideology. Liturgical creativity has been a hallmark of Reconstructionism since Mordecai Kaplan (1881-1983) first set forth its philosophy in the 1930s. The author begins by focusing on Kaplan’s life and thought, especially those facets of his ideology that are most relevant to understanding his priorities as editor-in-chief of the first Reconstructionist liturgies, published between 1941 and 1963. In a separate chapter, Caplan analyzes those early liturgies, highlighting their ideological uniqueness by comparing them to the contemporaneous liturgies of both Reform and Conservative Judaism.

In his third chapter, Caplan summarizes institutional developments within Reconstructionism from 1934, when Kaplan published his seminal Judaism as a Civilization, until the present; then, in his fourth chapter, he delineates important ideological developments within the movement since 1968, the year of the founding of the Reconstructionist Rabbinical College. As Caplan points out, the inauguration of the RRC marked the transfer of movement leadership from Kaplan’s followers to a younger generation, born after World War II. It was this generational shift that necessitated and facilitated the creation of the new series of Reconstructionist prayerbooks, Kol Haneshamah, published between 1989 and 2001.

Chapter five, the book’s most extensive, is devoted in its entirety to an in-depth examination of that liturgical series and the ideological considerations upon which it is based. Caplan analyzes all facets of these materials: the nusach ha-tefillah (order of prayer), translations, supplementary readings, commentaries, rubrics, and layout — making frequent reference to his personal correspondence and interviews with the main fashioners of these texts. In chapter six, he enlarges up on this analysis by comparing Kol Haneshamah’s ideological components with those in contemporaneous liturgies of Reform, Conservative, and Renewal Judaism. At the same time, he contrasts recent Reform and Conservative liturgies with their 1940s predecessors in order to trace general developments within American non-Orthodox Judaism.

In a postscript, Caplan concludes this ambitious work by citing relevant insights from the general study of American religious life, thereby placing Reconstructionist liturgy in an even larger cultural context.

Eric Caplan is Associate Professor and Director of the Jewish Teacher Training Program at McGill University in Montreal.