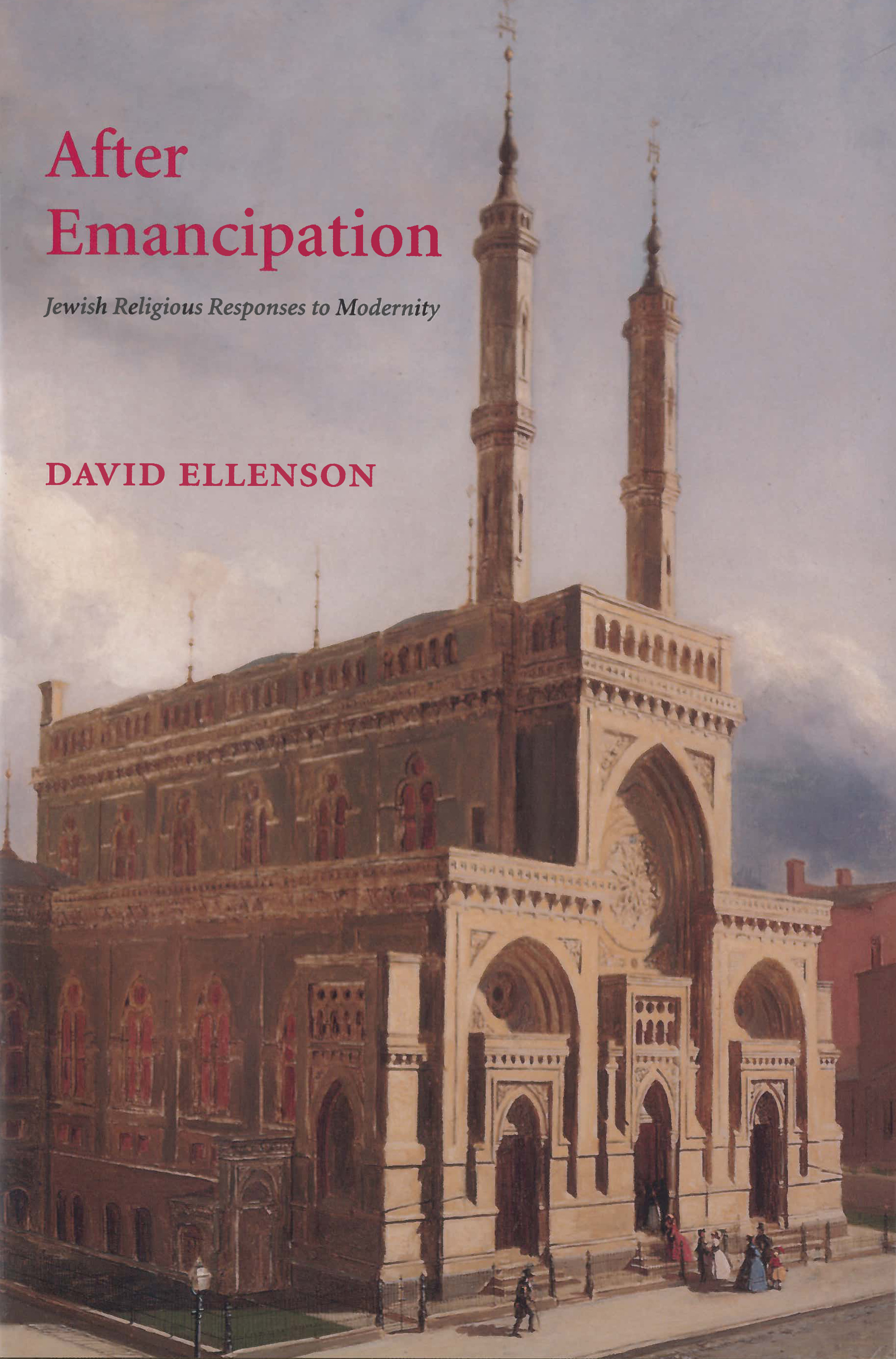 Winner of the National Jewish Book Award in Jewish Thought

David Ellenson prefaces this fascinating collection of twenty-three essays with a remarkably candid account of his intellectual journey from boyhood in Virginia to the scholarly immersions in the history, thought, and literature of the Jewish people that have informed his research interests in a long and distinguished academic career. Ellenson, President of the Hebrew Union College-Jewish Institute of Religion, has been particularly intrigued by the attempts of religious leaders in all denominations of Judaism, from Liberal to Neo-Orthodox, to redefine and reconceptualize themselves and their traditions in the modern period as both the Jewish community and individual Jews entered radically new realms of possibility and change.

The essays are grouped into five sections. In the first, Ellenson reflects upon the expression of Jewish values and Jewish identity in contemporary America, explains his debt to Jacob Katz’s socio-religious approach to Jewish history, and shows how the works of non-Jewish social historian Max Weber highlight the tensions between the universalism of western thought and Jewish demands for a particularistic identity. In the second section, “The Challenge of Emanicpation,” he indicates how Jewish religious leaders in nineteenth-century Europe labored to demonstrate that the Jewish religion and Jewish culture were worthy of respect by the larger gentile world. In a third section, “Denominational Responses,” Ellenson shows how the leaders of Liberal and Orthodox branches of Judaism in Central Europe constructed novel parameters for their communities through prayer books, legal writings, sermons, and journal articles. The fourth section, “Modern Responsa,” takes a close look at twentieth-century Jewish legal decisions on new issues such as the status of woemn, fertility treatments, and even the obligations of the Israeli government towards its minority populations. Finally, review essays in the last section analyze a few landmark contemporary works of legal and liturgical creativity: the new Israeli Masorti prayer book, David Hartman’s works on covenantal theology, and Marcia Falk’s Book of Blessings. As Ellenson demonstrates, “The reality of Jewish cultural and social integration into the larger world after Emancipation did not signal the demise of Judaism. Instead, the modern setting has provided a challenging context where the ongoing creativity and adaptability of Jewish religious leaders of all stripes has been tested and displayed.”

David Ellenson, Chancellor and I. H. and Anna Grancell Professor of Jewish Religious Thought, is a distinguished rabbi, scholar, and leader of the Reform Movement. He is internationally recognized for his publications and research in the areas of Jewish religious thought, ethics, and modern Jewish history. He received his Ph.D. from Columbia University and was ordained by HUC-JIR. Rabbi Ellenson’s extensive publications include Tradition in Transition: Orthodoxy, Halakhah and the Boundaries of Modern Jewish History (1989), Rabbi Esriel Hildesheimer and the Creation of a Modern Jewish Orthodoxy (1990), and Between Tradition and Culture: The Dialectics of Jewish Religion and Identity in the Modern World (1994).