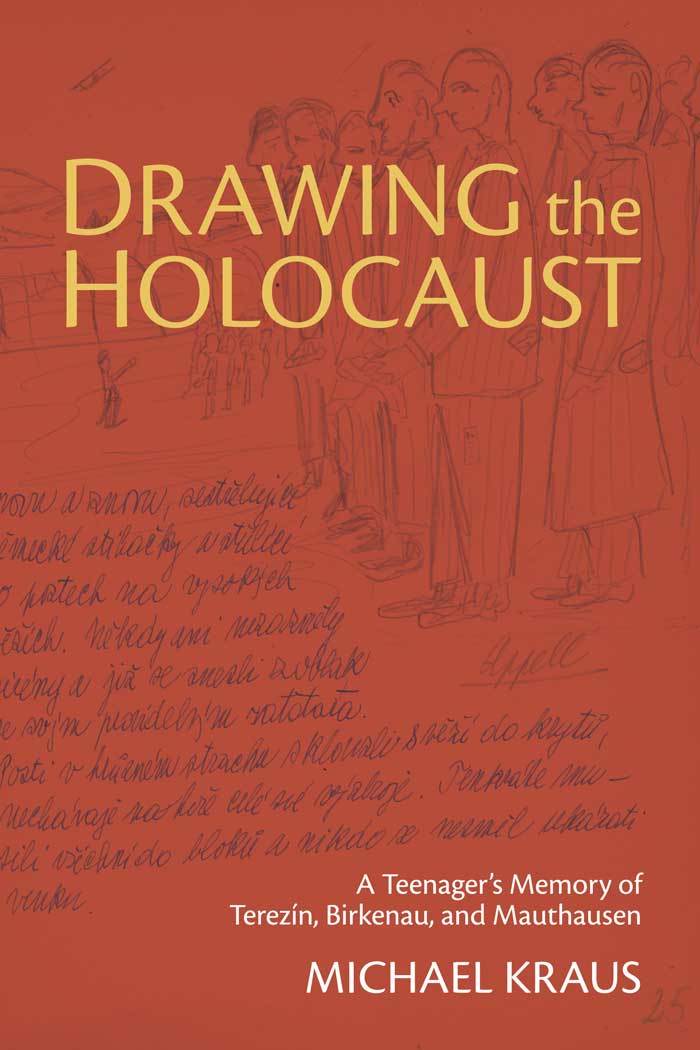 “I spent a year in the Terezín ghetto, but as bad as it was, it cannot be compared to a single month in Auschwitz or Mauthausen. Rather than taking time to describe Terezín, I will only briefly record the most important events, because I am writing this during a period in my life when time matters and I would rather describe in greater detail my experiences in the concentration camps.”

Twelve-year-old Michael Kraus began keeping a diary while he was still living at home in the Czech city of Nachód but continued writing while a prisoner at Theresienstadt (Terezín). When he was shipped with other 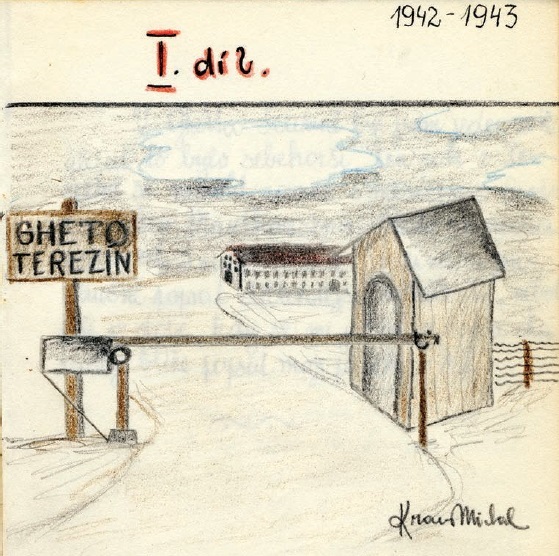 prisoners to the death camp at Auschwitz-Birkenau, all of his writings were confiscated and destroyed. After his liberation and while convalescing, he began to draw and make notes again about his experiences in Theresienstadt, in Auschwitz, the first death march out of Mauthausen and its satellite camps in Melk and Gunskirchen.

As a teenager confronting the traumas of these experiences, Kraus found that recording his memories in words and pictures helped him overcome his hatred for those who had murdered his 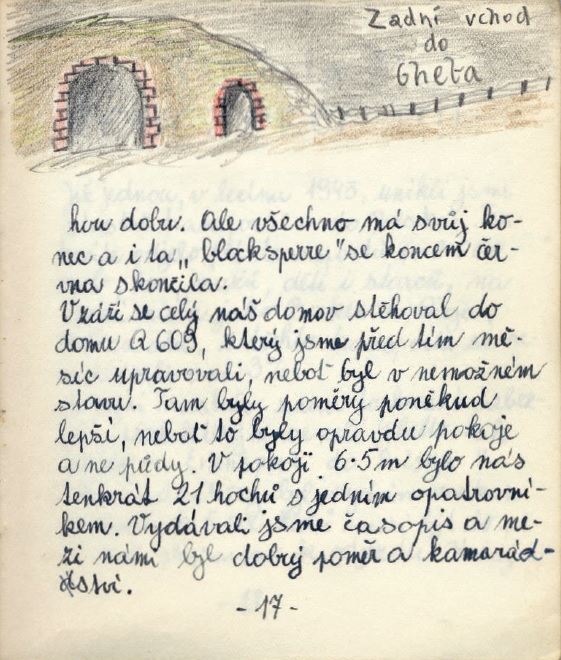 parents. The process of writing and drawing also helped him begin the painful transition to a so-called normal life. As a survivor, Kraus also felt the need to recount his experiences for the benefit of future generations, especially on behalf of the many who did not survive.

The present edition makes this memoir, originally written in Czech and significant for having been written so close to the author’s liberation, widely available to English readers for the first time. It also reproduces pages from the original booklets that show how the teenage Kraus illustrated his memories with pencil drawings that both complement and extend his story, giving readers a sense of its character as an unusual and important historical document.

Drawing The Holocaust makes an important contribution to the body of young writers’ diaries and memoirs. The manuscript pages with Michael’s handwritten text and illustrations remind us that writing under these circumstances is an act of great courage, a monumental effort to put shape and order to a defining experience of suffering and loss — and, perhaps, after the work is done, to close the pages of that book so that life may begin again. This edition opens the book anew so the public may contemplate all that Michael lost in the Holocaust and all that he preserved for future generations. — Alexandra Zapruder, author of Salvaged Pages: Young Writers’ Diaries of the Holocaust

Written immediately after the war, Drawing the Holocaust astonishes with its raw narrative, stark description, and haunting images. At age fifteen, Kraus set down his recollections and authored a text rich in historical detail and harrowing to the core. His visual acuity and adolescent perspective open a fresh view on oppression and resilience. — Debórah Dwork, Director, Strassler Center for Holocaust and Genocide Studies

When I met Michael Kraus, I had a chance for the first time to listen to a Holocaust survivor tell his story directly to me. Michael’s memoir is a chance for everyone to hear that story, the voice of a teenager who lived through the grief and physical pain of that terrible time. The Holocaust is no longer just history for me. It’s a personal story. — Austin de Besche, director of “Pilgrimage into the Past,” a documentary film about Michael Kraus and his family

Michael Kraus has recently retired from the architectural firm he joined in 1967. He enjoys traveling with his wife and often visits the land of his birth. He still speaks good Czech, as do the other survivors, with whom he remains in friendly contact.