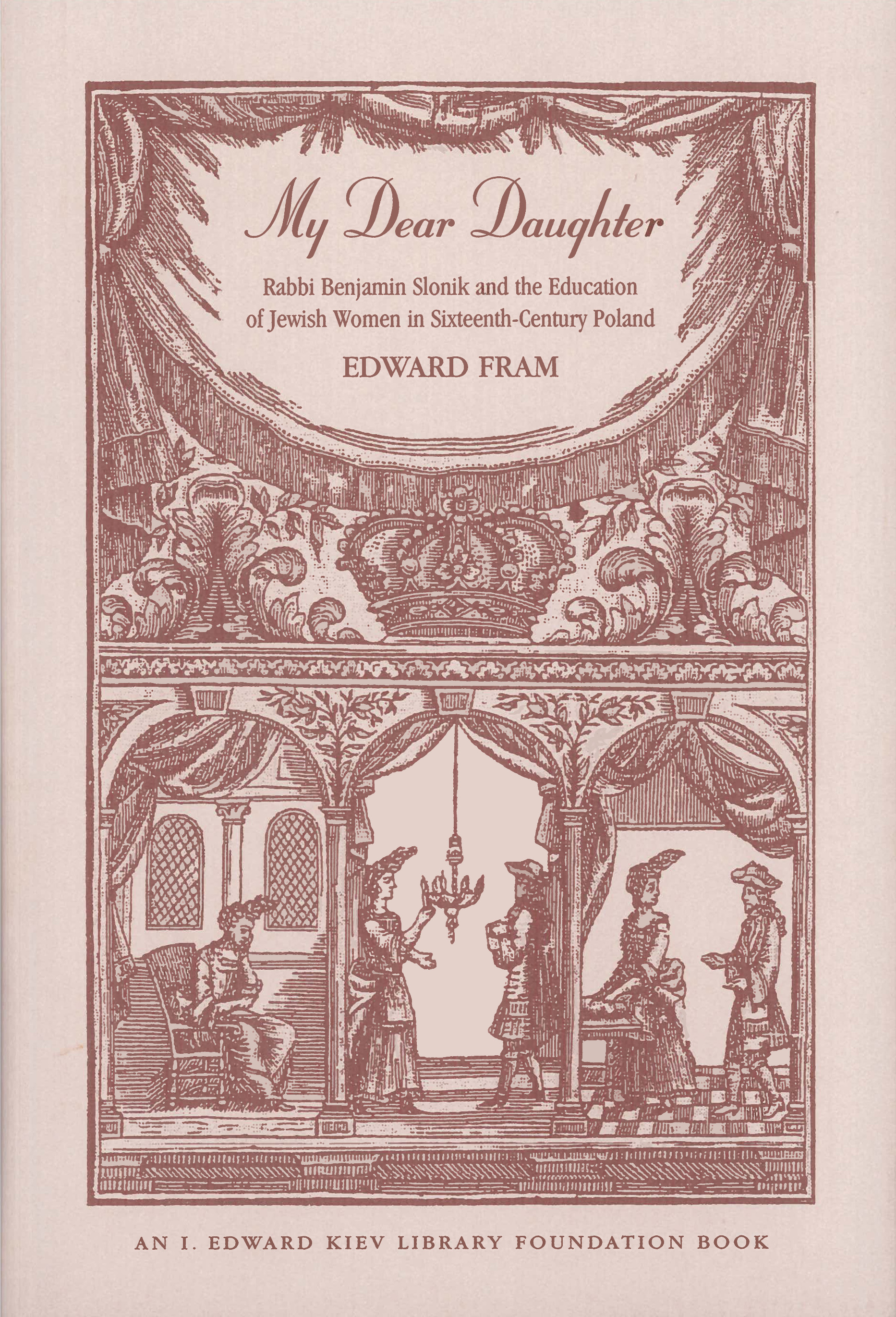 Monographs of the Hebrew Union College 33

How did Jewish women in sixteenth-century Poland learn all the rules, rituals, and customs pertaining to the sexual life of couples within the context of marriage? As in other areas of ritual life that concerned the household, it would seem that the primary source for the education of Jewish women was other women. But rabbinic law dictates that Jewish women who experience uterine bleeding are prohibited from having physical contact of any kind with their husbands, and the intricate laws of niddah (enforced separation) spell out exactly when and under what circumstances physical marital relations, even simple touching, can be resumed. Particularly difficult issues could be addressed only by rabbis or other learned men, since women rarely, if ever, attained the level of rabbinic scholarship necessary to pare the details of these complicated laws.

To educate both men and women, but particularly women, in a more systematic and impersonal manner, the young rabbi Benjamin Slonik (ca. 1550-after 1620), who later became one of the leading rabbinic authorities in eastern Europe, harnessed the relatively new technology of printing and published a how-to book for women in the Yiddish vernacular. Seder mitzvot hanashim (The Order of Women’s Commandments) illuminates the history of Yiddish printing and public education. But it is also a rare remnant of a direct interface between a member of the rabbinic elite and the laity, especially women. Slonik’s text also sheds light on the history of Jewish law, particularly the reception of the Shulhan Arukh, an important legal code that had just been published.

This volume makes available the 1585 edition of the Seder mitzvot hanashim in Yiddish and English. Fram sets Slonik’s work in its bibliographical and historical contexts, demonstrating its relationship with the Shulhan Arukh, exploring how rabbis opposed formal education for women, considering how upheavals accompanying geographic shifts in the Ashkenazic community help explain how the women’s commandments texts came to be used in Poland, and offering a treasure trove of information on the place and roles of women in Polish-Jewish society. Fram thus creates a composite picture of how Slonik, along with other men of his time, perceived the main audience for his work and sought to connect it to contemporary texts.