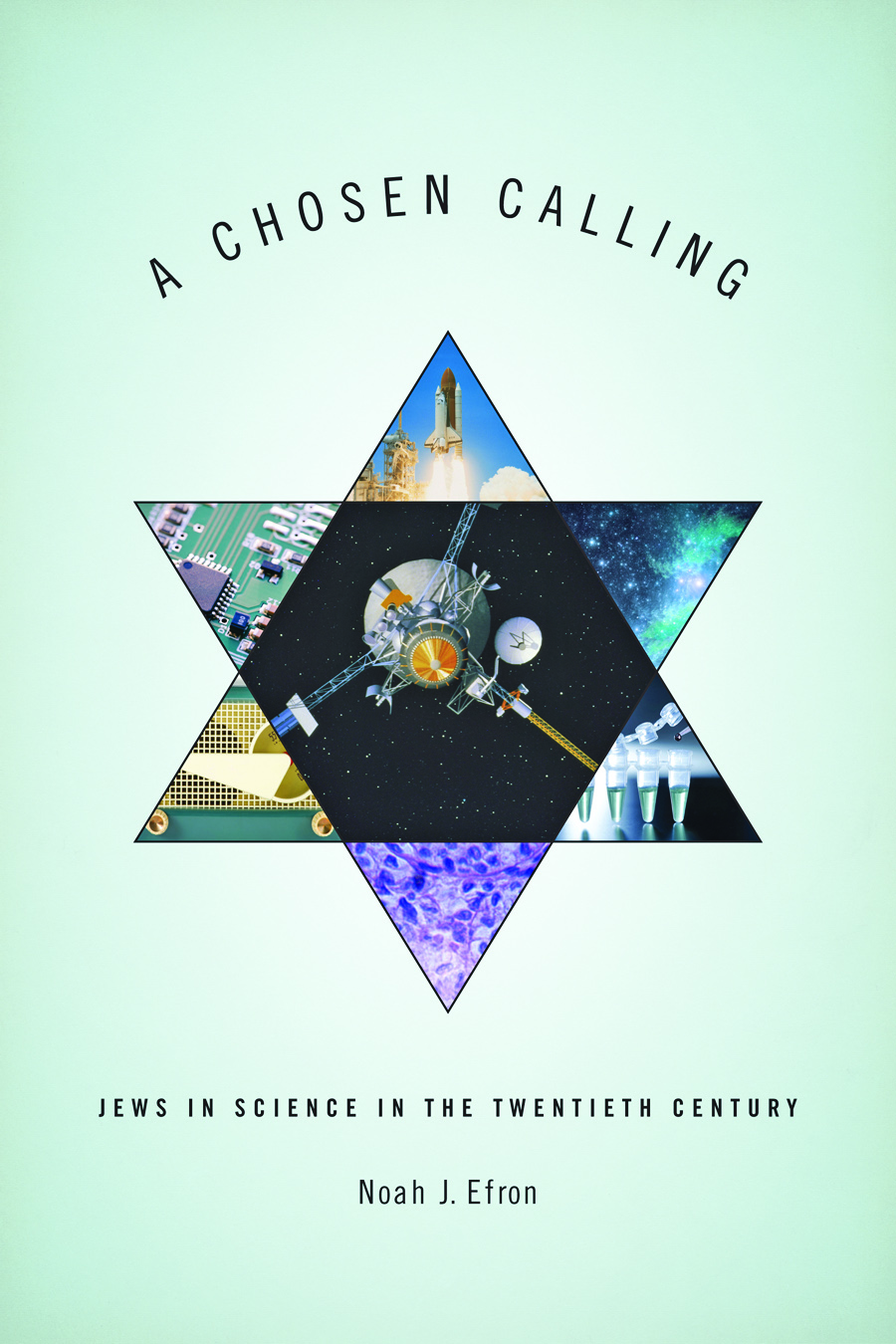 Scholars have struggled for decades to explain why Jews have succeeded extravagantly in modern science. A variety of controversial theories—from such intellects as C. P. Snow, Norbert Wiener, and Nathaniel Weyl—have been promoted. Snow hypothesized an evolved genetic predisposition to scientific success. Wiener suggested that the breeding habits of Jews sustained hereditary qualities conducive for learning. Economist and eugenicist Weyl attributed Jewish intellectual eminence to “seventeen centuries of breeding for scholars.”

Rejecting the idea that Jews have done well in science because of uniquely Jewish traits, Jewish brains, and Jewish habits of mind, historian of science Noah J. Efron approaches the Jewish affinity for science through the geographic and cultural circumstances of Jews who were compelled to settle in new worlds in the early twentieth century.

Seeking relief from religious persecution, millions of Jews resettled in the United States, Palestine, and the Soviet Union, with large concentrations of settlers in New York, Tel Aviv, and Moscow. Science played a large role in the lives and livelihoods of these immigrants: it was a universal force that transcended the arbitrary Old World orders that had long ensured the exclusion of all but a few Jews from the seats of power, wealth, and public esteem. Although the three destinations were far apart geographically, the links among the communities were enduring and spirited. This shared experience—of facing the future in new worlds, both physical and conceptual—provided a generation of Jews with opportunities unlike any their parents and grandparents had known.

The tumultuous recent century of Jewish history, which saw both a methodical campaign to blot out Europe’s Jews and the inexorable absorption of Western Jews into the societies in which they now live, is illuminated by the place of honor science held in Jewish imaginations. Science was central to their dreams of creating new worlds—welcoming worlds—for a persecuted people.

This provocative work will appeal to historians of science as well as scholars of religion, Jewish studies, and Zionism.

Noah J. Efron teaches at Bar Ilan University, where he was the founding chair of the Program in Science, Technology, and Society. He served as president of the Israel Society for the History and Philosophy of Science and on the Executive Committee of the International Society for Science and Religion.