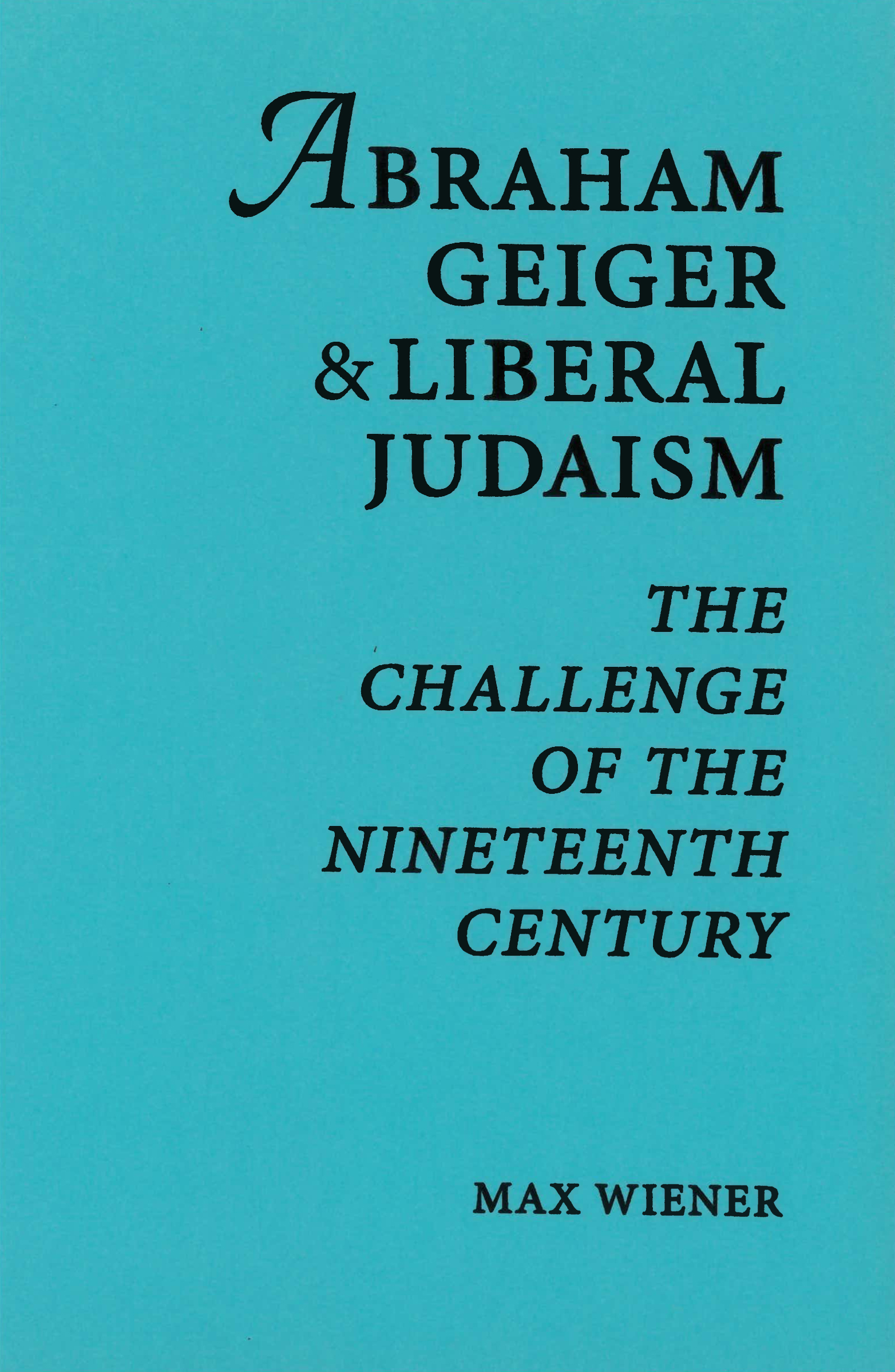 Abraham Geiger gave the Reform Movement in Judaism its intellectual stature and theoretical justification. He possessed rabbinic learning, profound interest in problems of theology and philosophy, a gift for exposition, and great earnestness. All these he enlisted in the service of Judaism—a Judaism transplanted into the climate of nineteenth-century Germany. His struggle against the traditionalists forms an interesting chapter in the history of German Jewry, yet is now of even greater interest to American Jews, because Geiger ultimately found more convinced and ardent followers on this side of the Atlantic than he had had in Europe.

The late Dr. Max Wiener was a keen student of Jewish intellectual history. An admirer of Geiger, his biographical introduction to this volume is sympathetic and balanced. But the real Geiger—a great scholar, profound thinker, and ardent Jew—emerges from the excerpts of his own writings to which the major portion of this book is devoted. The reader will find here illustrations of Geiger’s viewpoint as he wrote to friends, as he delved into the origins of the biblical text, as he engaged in religious polemics, and as he addressed his own congregation, trying to draw them on the principles for which he labored.

This reprint edition will be of interest to anyone who seeks to understand the intellectual roots of liberal Judaism.