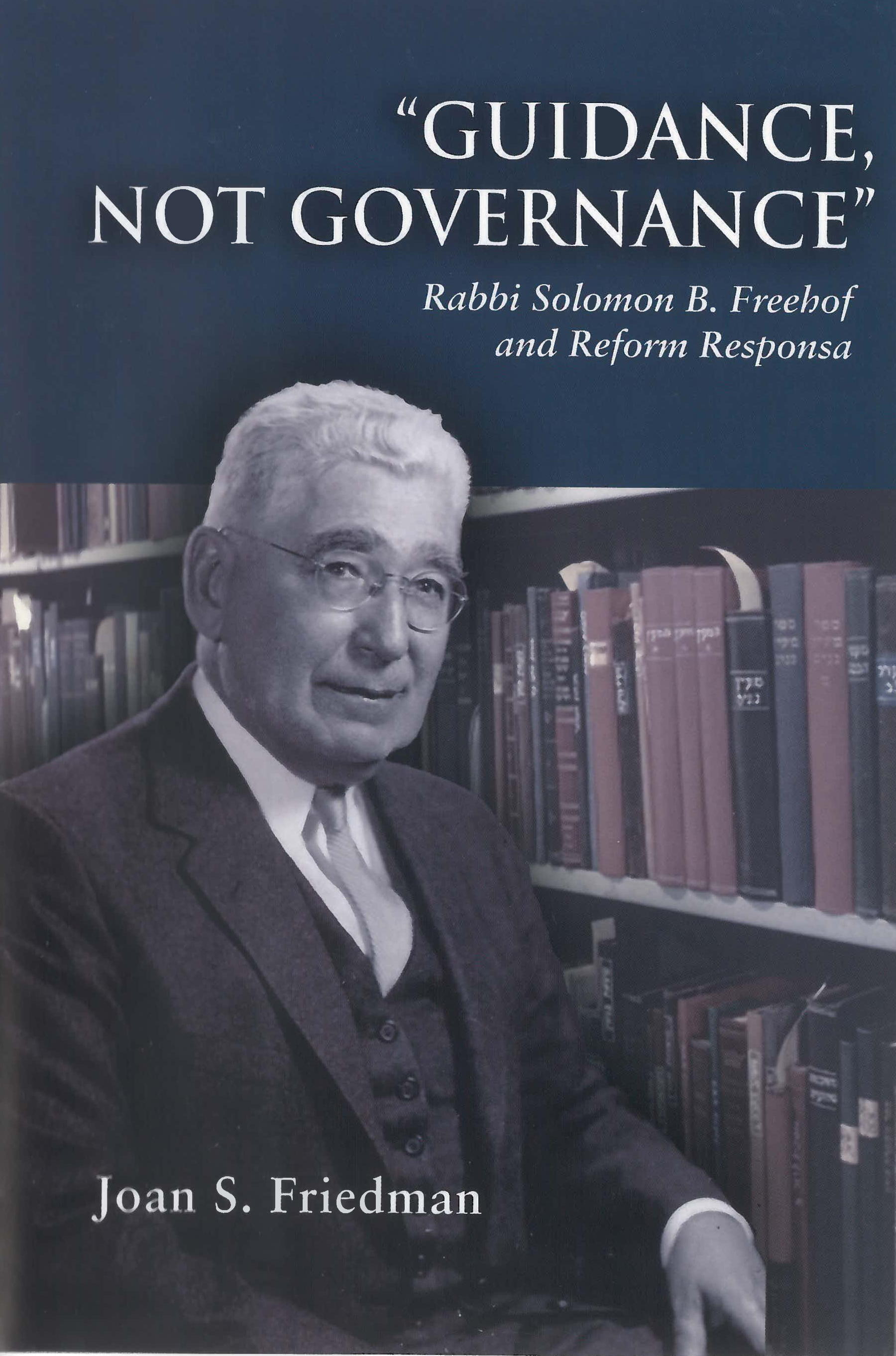 Monographs of the Hebrew Union College 37

Solomon Bennett Freehof (1892-1990) was one of America’s most distinguished, influential, and beloved rabbis. Ordained at Hebrew Union College in 1915, he was of the generation of rabbis from east European immigrant backgrounds who moved Reform Judaism away from its classical form toward a renewed appreciation of traditional practices. Freehof himself was less interested in restoring discarded rituals than in demonstrating how the Reform approach to Jewish religious practice was rooted in the Jewish legal tradition (halakhah). Opposed to any attempt to create a code of Reform practice, he nevertheless called for Reform Judaism to turn to the halakhah, not in order to adhere to codified law, but to be guided in ritual and in all areas of life by its values and its ethical insights. For Reform Jews, Jewish law was to offer “guidance, not governance,” and this guidance was to be provided through the writing of responsa, individual rulings based on legal precedent, written by an organized rabbinic authority in response to questions about real-life situations.

After World War II, the earlier consensus about what constituted proper observance in a Reform context vanished as the children of east European immigrants flocked to new Reform synagogues in new suburbs, bringing with them a more traditional sensibility. Even before Freehof was named chairman of the Central Conference of American Rabbis Responsa Committee in 1956, his colleagues began turning to him for guidance, especially in the situations Freehof recognized as inevitably arising from living in an open society where the boundaries between what was Jewish and what was not were ambiguous or blurred. Over nearly five decades, he answered several thousand inquiries regarding Jewish practice, the plurality of which concerned the tensions Jews experienced in navigating this open society—questions concerning mixed marriage, Jewish status, non-Jewish participation in the synagogue, conversion, and so on—and published several hundred of these in eight volumes of Reform responsa.

In her pioneering study, Friedman analyzes Freehof’s responsa on a select number of crucial issues that illustrate the evolution of American Reform Judaism. She also discusses the deeper issues with which the movement struggled, and continues to struggle, in its attempt to meet the ever-changing challenges of the present while preserving both individual autonomy and faithfulness to the Jewish tradition.

When postwar Reform Jews had religious questions they most often turned to Rabbi Solomon Freehof for dependable answers. This masterful study analyzes those questions and answers, revealing the conflicting ideological currents that underlay then. It will stand for many years as the definitive study of Reform Jewish responsa. – Jonathan D. Sarna, Joseph H. & Belle R. Braun Professor of American Jewish History, Brandeis University

Rabbi Solomon B. Freehof—congregational religious leader, scholar, and activist—almost single-handedly reversed the antinomian trends that dominated classical Reform Judaism in the United States. Under his influence, Reform Jews began to rediscover the connections between their own religious practice and the sources of halakhah, traditional Jewish law. His life and work have long demanded careful study and analysis. In this important volume by Joan Friedman, those demands are met. – Mark Washofsky, Solomon B. Freehof Professor of Jewish Law and Practice, HUC-JIR

Joan S. Friedman was ordained at HUC-JIR and received her Ph.D. from Columbia University. She is Associate Professor of History and Religious Studies at the College of Wooster.