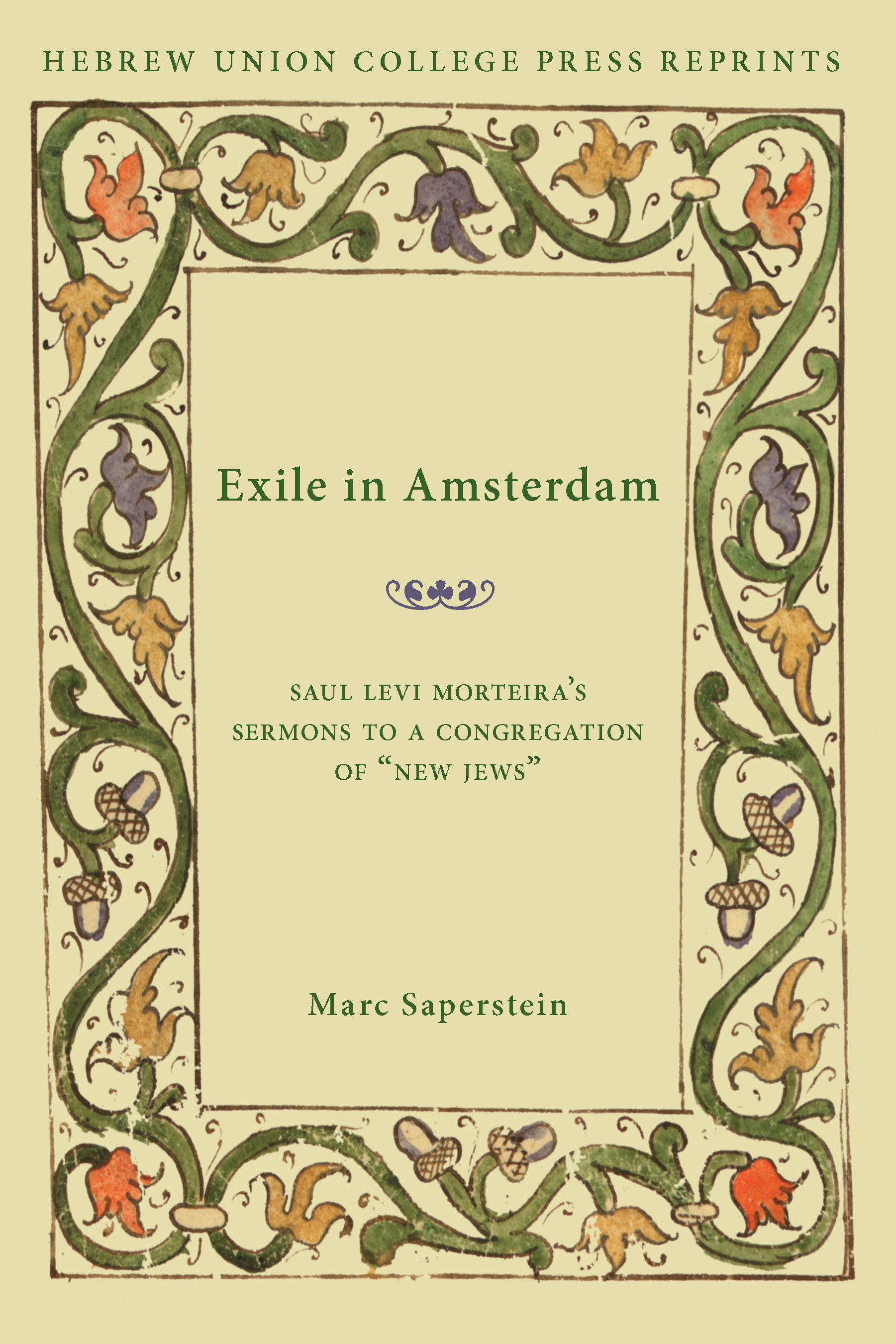 Monographs of the Hebrew Union College 32

Exile in Amsterdam is based on a rich, extensive, and previously untapped source for one of the most important and fascinating Jewish communities in early modern Europe: the sermons of Saul Levi Morteira (ca. 1596-1660). Morteira, the leading rabbi of Amsterdam and a master of Jewish homiletical art, was known to have published only one book of fifty sermons in 1645, until a collection of 550 manuscript sermons in his own handwriting turned up in the Rabbinical Seminary of Budapest. After years of painstaking study from microfilms and three trips to Budapest to consult the actual manuscripts, Marc Saperstein has written the first comprehensive analysis of the historical significance of these texts, some of which were heard by the young Spinoza.

Saperstein reviews the broad outlines of Morteira’s biography, his treatment by scholars, and his image in literary works. He then reconstructs the process by which the preacher produced and delivered his sermons. Morteira’s sermons also provide a trove of information about individuals and institutions in Morteira’s Amsterdam, enabling Saperstein to analyze the shortcomings of behavior and the lapses in faith criticized by the preacher. The sermons also presented an ongoing program of adult education that transmitted the Jewish tradition on a high yet accessible level to a congregation of new Jews—immigrants who had lived as Christians in Portugal and were now assuming a Jewish identity with minimal prior knowledge. Here Saperstein focuses on themes Morteira considered crucial: memories of the historical past, confrontations with Christianity, ideas of exile and messianic redemption, and attitudes toward the New Christians who remained in Portugal.

These historical reflections on Amsterdam’s community of new Jews are illustrated by eight of Morteira’s sermons, which Saperstein presents in English and with full annotation for the first time. Exile in Amsterdam offers those interested in European Jewish history and homiletics access to primary source documents and the scholarship of one of the premier historians of Jewish preaching.

The book bristles with a passion for the sermonic art. – Hava Tirosh-Samuelson, Arizona State University

Marc Saperstein has served as Charles E. Smith Professor of Jewish History and Director of the Program in Judaic Studies at the George Washington University since July 1997. As of 2006, he is Principal of the Leo Baeck College-Center for Jewish Education in London. Two of his previous books (Jewish Preaching 1200-1800 and Your Voice Like a Ram’s Horn) have won national Jewish book awards. He is widely recognized as the leading contemporary scholar on the history of Jewish preaching.